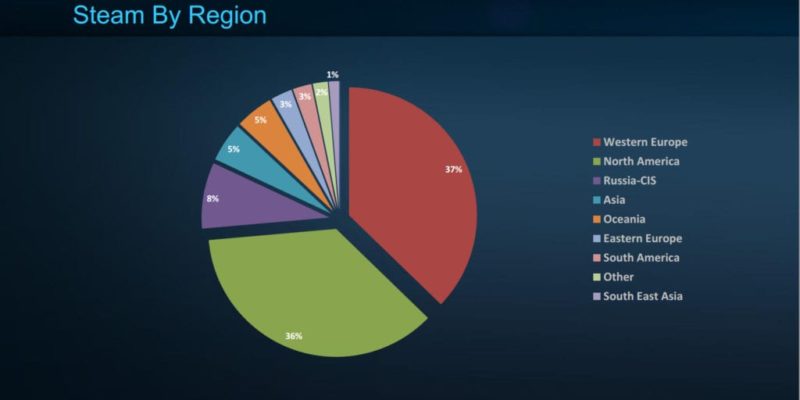 EU and US lead the way

PC gamers all use Steam, right? The days of boxed copies are almost gone, which is a shame if you loved items such as cloth maps or big manuals. Digital PC gaming is going from strength to strength thanks to services such as Steam (and competitors like GOG,) but how impressive are those numbers?

At the Content Delivery Summit Valve revealed some figures which, perhaps not surprisingly as they were the ones giving the presentation, show just how popular Steam is; as well as its growth in the past decade. The main stats include 125 million users, 9.5 million concurrent players, 2 billion minutes played each day, and 4500+ pieces of content are now on Steam.

Item trading is something many users engage in too. Since the service launched, 2.3 billion items have been traded, with 5.5 million items being traded every single day. That’s one heck of a virtual economy.

EU and US lead the way.

Yesterday there was some real progress on the customer service front, with Valve finally outlining an official refund policy for Steam purchases. A feature that should have been added a long time ago. Even with that in place, however, there are still plenty of ways to improve what’s on offer. Valve seem to recognise this, as the challenges on the next slide indicate. Still, at least the refunds are in place. 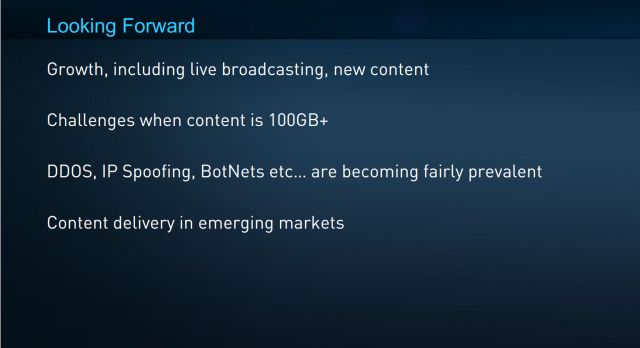 Forget Mbs, Steam shifts a load of data that is demonstrated in the this next slide which also shows just how much Steam has grown since it launched. 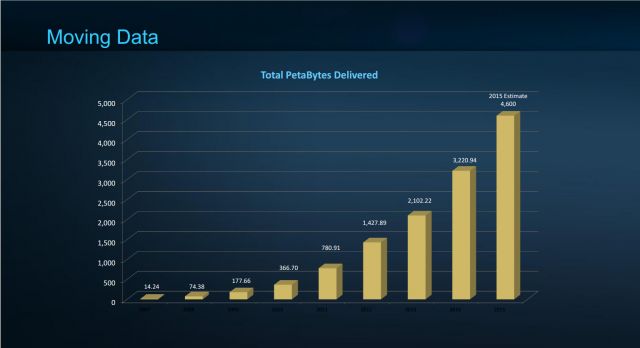 ‘PetaBytes’ is going to be the title of my next spoof animal welfare game.

You can check out the full PDF of all the slides here.