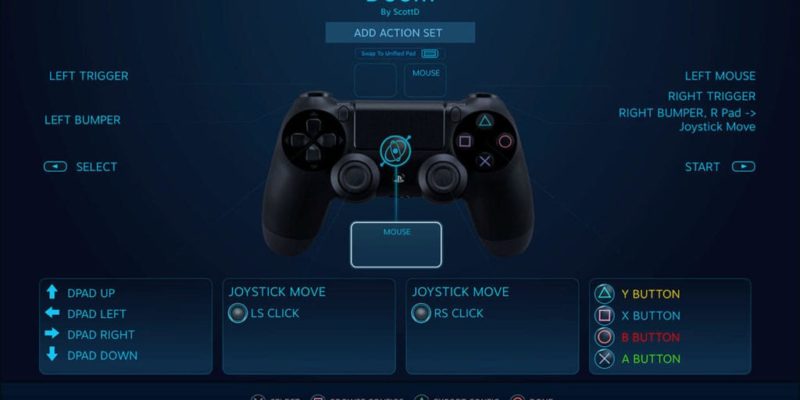 As part of the ongoing Steam Dev Days event, Valve have announced that a platform update will expand Steam Controller configuration options to the DualShock 4. Other controllers will get similar support in future, but Valve is starting with the DS4 because there’s some overlap in functionality with aspects like the gyro and touchpad.

This will give the DS4 native support in games, and in Valve’s Big Picture mode. As with a Steam Controller, you’ll be able to change the functions of the various buttons, triggers and so on. This was demonstrated with a slide showing a DS4 configuration for DOOM that made use of the touchpad as a mouse.

According to presenters Jeff Bellinghausen and Lars Doucet, the DS4 run through Steam’s API behaves remarkably like the Steam Controller. “You make the exact same API calls, you only get actions, not inputs, and the Steam API takes care of everything,” Doucet says.

The pair didn’t appear to give a date for this Steam update in their talk, but the implication is that it’s not far off.