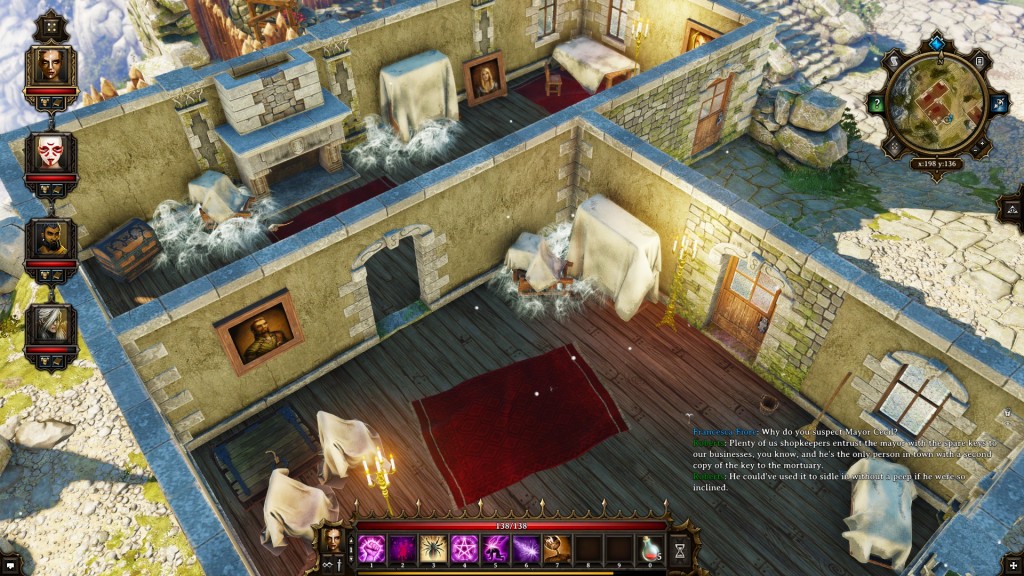 I’ve basically given up on trying to write even remotely clever intro text for this Steam Winter Sale stuff now.

That doesn’t mean I’ve given up on telling you what’s on sale, though. Today, my highest recommendation would probably be for the exquisite Divinity: Original Sin. It’s only 33% off (putting it at £20.09) but that’s still ten quid off, and it’s still a fantastic game – as Peter pointed out yesterday. As ever, though, it might be cheaper in the coming months.

If your wallet’s feeling the squeeze then you might instead opt for the rather superb Tomb Raider at £2.99 or the even more superb Dishonored at £2.49 (80% off and 75% off, respectively) but you probably already have those. There’s also Transistor from Bastion developers Supergiant Games, which is probably great, but as I haven’t played it I can’t really give it a firm recommendation. Still, 66% off, so that’s pretty cheap too.

The other title on offer I’d eagerly recommend would be This War of Mine, a very bleak survival simulator which has you take on the role of a group of scavengers trying to survive in a war-torn city. It’s genuinely excellent… but it’s also only 25% off, and since it’s £15 to begin with, that’s really not much of a discount. Up to you, I suppose. It’s wonderful, but if you’ve been waiting for a price drop this might not be big enough to tempt you.

Yesterday’s Steam Winter Sale deals remain, if you haven’t had a chance to decide what you want from those yet.