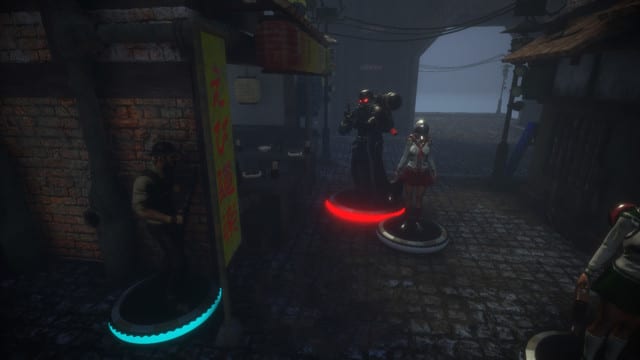 The game is also influenced by Japanese culture, though not quite like an anime. The setting is the once-proud city of Kolonenberg (which sounds German), where a faceless organization known as the Yamagami corporation (which sounds Japanese) installed a dystopian nightmare. Independent thought is no longer permitted, and every aspect of people’s lives is under scrutiny and control.

The game begins with the rebellion led by Sophie von Eschenbach, known as the Rose of Freedom. It takes place in the urban confines of Kolonenberg. The turn-based combat gameplay doesn’t have a time limit, so you don’t have to act quickly. According to the developers, this will enable more calculated decisions that encourage strategy and planning.

SteamCity Chronicles – Rise Of The Rose offers a roster of playable characters, starting with Rose Militia members. You’ll also be able to control powerful steam robots and renegade enemy soldiers. What stands out in the game’s art style is that the characters look like figurines out of a tabletop wargame like Warhammer 40K. The movement might feel a bit hefty that way, but it’s a distinctive look. It reminds me of Wartile, though that’s not turn-based. Depending on the combat design, this might play like a proper digital board game.