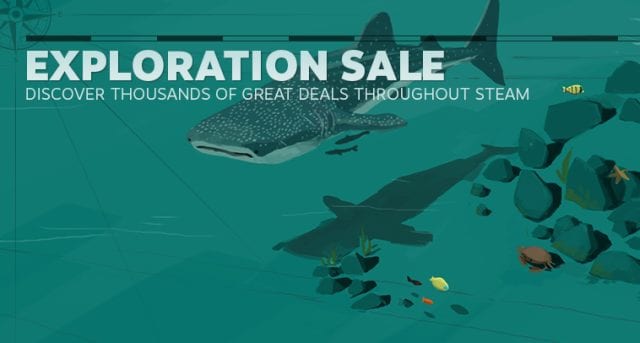 It’s consumption week here in the US (the consumer version, not the wasting disease), during which people of all backgrounds come together and give thanks for credit cards. Or something like that. As part of that whole thing, Steam is having a sale until 1 December.

There’s a little box on that page which tells you how many games are currently on sale across the platform, and it keeps going up whenever I press refresh. Initially it said 196 titles were on sale, which seemed a bit crap. Now it says 8763 which is … definitely more than 196.

By the looks of things, Daily Deals, Flash Deals, Buy-It-Quick-Before-It-Vanishes Deals are not part of this particular event. Far as I can tell, Steam has just put a whole bunch of games on sale, and they will remain on sale (at the same price) until 1 December at 10am (Pacific US).

That eliminates the ‘tactical’ aspect of prior Steam sale events, where it was often wise to wait until something you wanted went on a more attractive ‘Daily’ deal.

The sale details don’t seem to have quite filtered through to the Wishlist database at the time of writing, because although several of the games on mine are on sale, it doesn’t list any money off until I click through to the store page. That’ll be corrected in due course, I’m sure.

Total War: Warhammer trailer does an orcish fly-by of the campaign map

Dying Light: The Following to be more expensive (and bigger) than planned