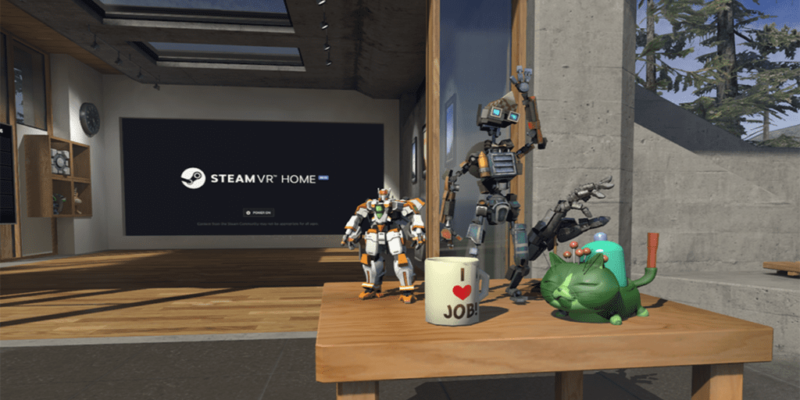 SteamVR Home has gained a few virtual tchotchkes today, in the form of collectibles from other VR games. They’re themed items that can be unlocked by other games and then “used” in SteamVR Home.

The announcement article doesn’t really go into how they can be used, but presumably they can be picked up and lobbed about at the very least. These new collectibles are described as a “first wave” and are available to players “based on ownership or playtime” of the related titles. Seems like Valve are playing around with the concept of physical-but-in-a-virtual-space achievements, here.

Here are the games that have associated collectibles at the moment. More will follow as SteamVR expands, no doubt.