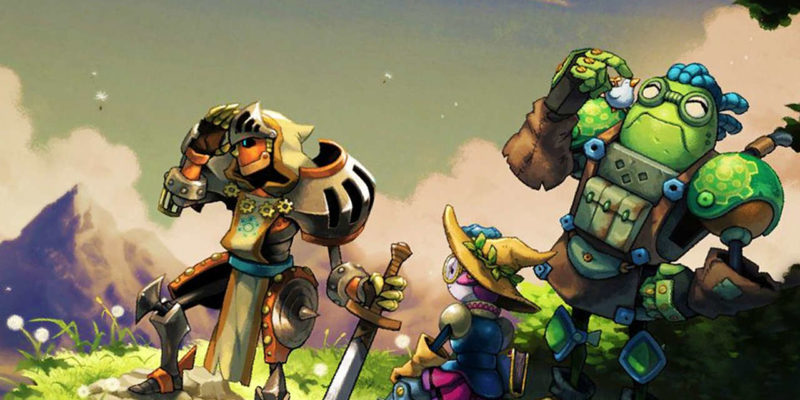 Considering its status with current owners, Google Stadia could use all the games it can get right now. Fortunately, it’s about to get a four-pack of indie favorites from the SteamWorld franchise. The company announced today that Thunderful Publishing will bring four different games to the Stadia. SteamWorld Dig, SteamWorld Dig 2, SteamWorld Quest: Hand of Gilgamech, and SteamWorld Heist are all “coming soon.”

What’s more, two of the titles will be free with the Stadia Pro service. Both SteamWorld Dig and SteamWorld Quest will be available for members. As for the other two games, they’ll be ready for purchase.

SteamWorld Stadia is a reality

The original SteamWorld Dig made its debut on Steam back in 2013. With Metroidvania-style exploration and a fantastic Western theme, it really made an impact on Steam for several years.

SteamWorld Dig 2 followed four years later, becoming an instant hit with PC owners with its debut on Steam. It continues where the first game left off, with even more space to explore and additional goodies to find.

Before Dig 2, SteamWorld Heist made its debut. Putting you in control of a steam-driven pirate crew, the game utilizes turn-based strategy within the SteamWorld universe. It paid off really well, continuing the popularity of the franchise.

Finally, SteamWorld Quest: Hand of Gilgamech introduced role-playing and cards into the fold, still taking place in the game’s beautiful world. It was a fun spin-off that worked its wonders with its release last year and should be a hit on the Stadia front.

Again, Google hasn’t provided a release date for the games as of yet. But they should arrive on Stadia sooner rather than later. Be sure to check back for any updates it may have on the games.

Check out the trailer for SteamWorld Quest below and prepare for a worthy adventure.