Steel Battalion: Heavy Armor is simultaneously brave, brilliant, broken and bollocks. At its best it’s a genuinely interesting attempt from developer From Software (Dark Souls, Armored Core) to make the “hardcore” finally sit up and take notice of the 360?s Kinect. At its worst it’s a mash-up of poor mission design, horrendous controls, controller-smashing levels of frustration and a script that’s a sure-fire contender for the worst ever committed to disc.

Those elements, as you may have reasonably guessed already, don’t exactly make for an altogether engaging and rewarding experience.

You may have played Steel Battalion before. The original was released for the original Xbox in 2002 alongside the hulking $200-a-pop controller complete with three foot pedals, two joysticks and a throttle lever. Ten years later and Steel Battalion: Heavy Armor features a control system that is slightly cheaper but far less reliable.

Both a Kinect and standard pad are required to play, a set-up that has long been requested but never enacted. We now know why. Heavy Armor is a hard game, largely because of the control scheme. How hard is it? Well, not once have I (or anyone I’ve watched playing the game) completed a mission on the first try. Once, I completed a mission on the second attempt. I think I got lucky.

Kinect is the thing at fault for that. Microsoft’s motion control system means your inputs are so slow, but the enemies react so fast. From the snug confines of your VT’s (Vertical Tank) cockpit you’ve got your periscope, your gears to change speed, your viewing port, your ventilation system, a monitor showing your external cameras, your observation hatch, your buttons for changing ammo type and much more.

All of this can only be activated, pressed or switched on/off through Kinect. Roughly six seconds into the opening tutorial and you come to the conclusion that the system was never designed to take into account the kind of precision required to differentiate between levers and buttons that are mere inches apart in the game world. Movement and firing is performed with the pad.

Couple that with the brutality of the enemy AI, who are not at all interested in giving you a fighting chance while you acclimatise to an input system that feels entirely alien.

The first mission proper, a beach landing of New York that feels similar to the many depictions of World War II’s Normandy battle that we’ve seen over the years, ended in a flash of flames five or six times before I even understood what I was supposed to be shooting at. It’s not that the enemy was particularly well hidden, it’s that using the periscope to locate them while staying out of their line of fire is difficult with the awkward controls. 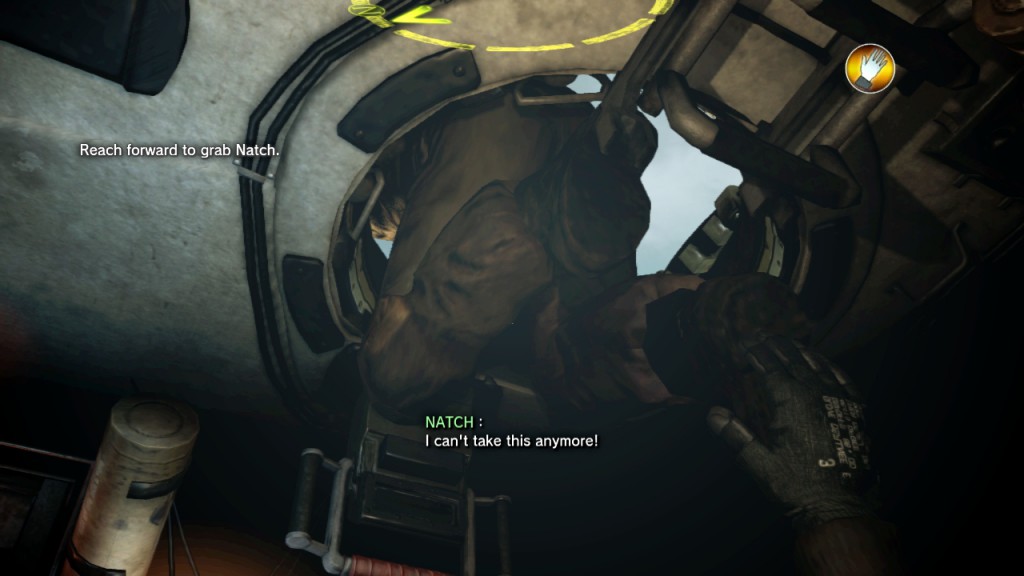 When a game is difficult due to its control scheme, you know something is up. Heavy Armor strikes me as the kind of game that would be challenging, but not frustratingly so, if it let you play with the pad alone.

In times of great adversity, of course, what many of us do is panic. Fling your arm up to close the viewing hatch before they hit again! Oh damn, I’ve accidentally pulled down the periscope! Ok, put the periscope away and change to the heat missiles! I’m trying, but I can’t dislodge my hand from the tiny ventilation switch! Oh nice one, we’re dead.

When things start to go wrong in Heavy Armor, you die. The best tactic is to replay the same mission four or five times until you know what the enemy is doing, what you need to do and how fast you need to do it. Then replay it following the same steps until you pull off a run in which you never get into trouble. It doesn’t make for the most fluid of experiences.

Just when you think you’ve mastered the controls and completed a mission in only three attempts, the enemies will get even tougher; forcing you to up the speed with which you perform every task, causing you to make more mistakes and relearn everything you know at twice the speed.

Many of the issues could have potentially been solved if From Software had made use of Kinect’s voice recognition capabilities. “Vent cockpit”, “Down periscope” and suchlike would make life a lot easier. That, though, would have fallen foul of the game’s premise – a future in which all computer technology has been destroyed by a virus and wars are now fought with giant, all-power-no-finesse walking tanks. It’s almost like the story was invented specifically to explain why there is no voice control. Weird.

Despite the problems, however, Heavy Armor is a very difficult game to hate. The idea of piloting a bi-pedal mech by sitting on your couch and actually pulling this lever and shutting that hatch is extremely appealing, and the sense of accomplishment and joy at beating a single mission is greater than any game I’ve played for some time.

Other elements are decent, too. Despite the horrendously bad dialogue, your crew of misfits and foul mouthed soldiers are genuinely likeable. If one of them dies in a mission they are dead forever, you’ll have to replace them with a newbie who can do their job but you’ll miss out on the brotherly love you built up with the last guy. 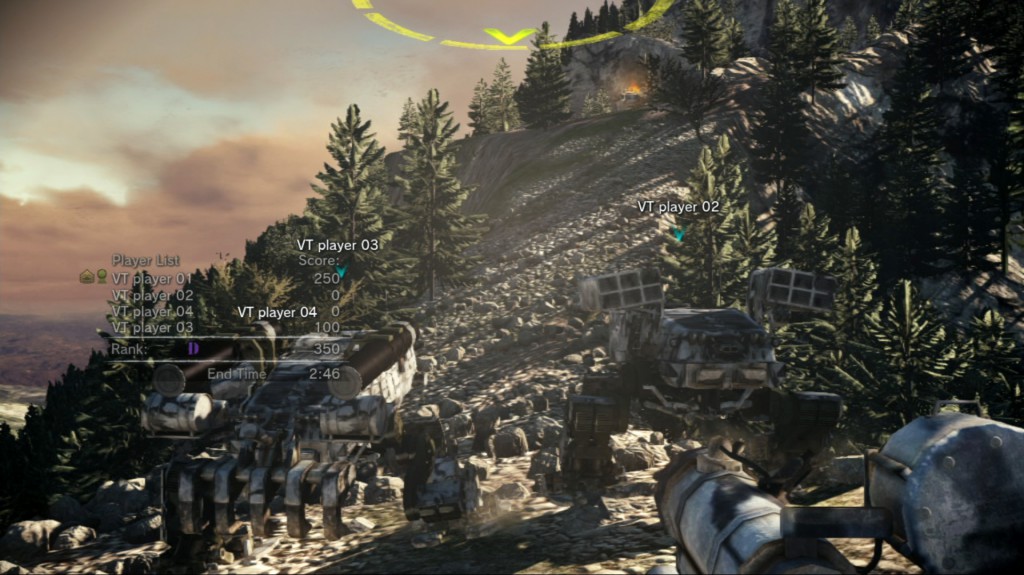 The sound and visual design teams have also done a decent job, to the point where you really do believe in the story being fed to you thanks to the way the environments have been constructed. There’s also a very strong sense of impact and danger when you’re under attack, resulting in an aesthetic tension that seems to have been lost in military-based games somewhere along the homogenous chain of Call of Dutys, Battlefields and Medal of Honors.

So, yes, Heavy Armor is a difficult game to recommend. It’s full of problems, but it’s also full of charm and ambition. Undoubtedly some of you will fall in love with it, viewing even the input issues as the latest in a long line of challenges thrown at you by From Software. Others will regret their purchase nine deaths into the first mission, unable to even think about how difficult the rest of the game could be.

Heavy Armor isn’t the evidence that Kinect can appeal to the hardcore that we perhaps wanted it to be, but it’s certainly unique. For some, that’s more than enough.