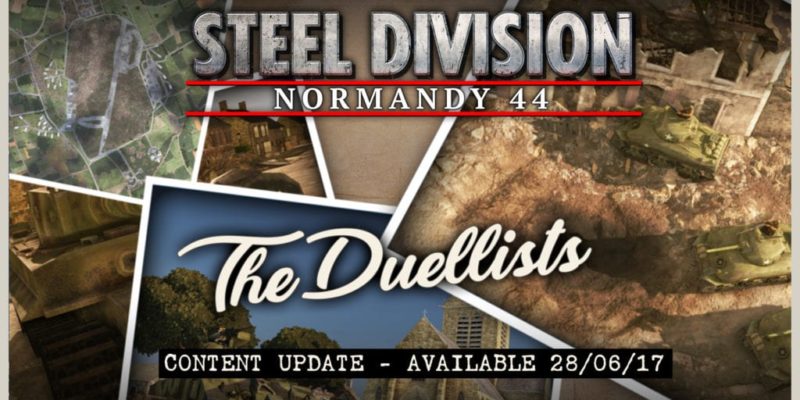 A forthcoming update to Steel Division: Normandy 44 will add map redesigns for 1v1, player-hosted dedicated servers for 10v10, and more. The Duellists will be released on 28 June (next Wednesday).

The Carpiquet and Sainte-Mère-Eglise maps have been reimagined for 1v1 duels and 2v2 games. They’ll be playable both online (ranked and casual) and single player (as a skirmish). Carpiquet and Pegasus Bridge, meanwhile, will both be available for 10v10 matches.

While on the topic of 10v10 games, The Duellists will enable Steel Division: Normandy 44 players to host those matches on dedicated servers. More information about that is said to be coming on the 28 June release day itself. The update will also add a much-requested Spanish localisation option.

Eugen add that they’ve noted the discussions around their last balance patch (And Justice For All), and make it clear that their work is not finished in those areas. Duellists will bring further balance changes.