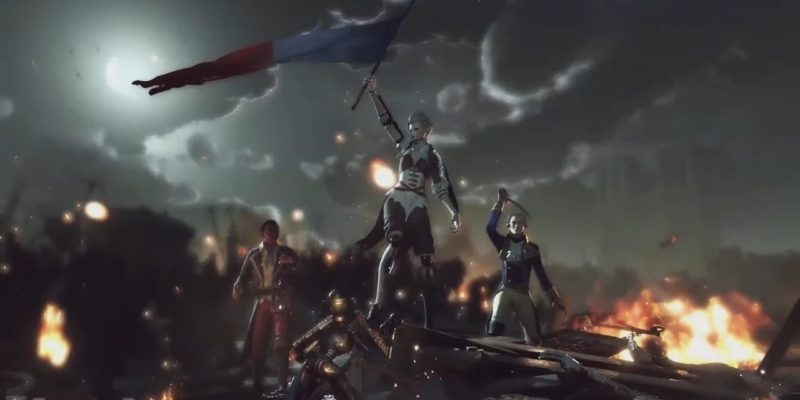 Sharpen the guillotine, or maybe find a way for it to cut through robot necks, because robots are coming to the French Revolution. Announced during the Nacon Connect event today, Steelrising is an action RPG from Greedfall developer Spiders Studio.

What if King Louis XVI had an army of bloodthirsty automatons at his disposal during the French Revolution? Things might have turned out quite differently. That’s the story that Jehanne Rousseau, CEO of Spiders Studio, wants to tell in Steelrising.

In Steelrising, players will assume control of Aegis, an automaton bodyguard to Queen Marie-Antoinette. The Queen doesn’t exactly agree with this universe’s version of King Louis XVI, who is a vicious tyrant, and sends Aegis on a quest to stop the king from stopping the French Revolution.

Also according to Rousseau, Steelrising will be much more action-focused than its previous titles, such as the RPG Greedfall. To that end, mobility will play a major role in the game, and Aegis will have more movement options as she explores alternate history Paris. Verticality will play a major role. Aegis can climb balconies, explore side passages, and use other methods to maneuver through the environment.

Steelrising lets you play as a robot, so it makes sense that there will be plenty of fantastic weapons to use, both external weapons and internal ones installed in Aegis’ body. She will have weapons built into her arms for use in light combat, long-range weapons such as alchemical rifles, and heavy weapons that can annihilate her foes. There will also be unique items that Aegis can find through side quests.

“We put a lot of effort into creating a lot of side quests that enhance the world,” says Rousseau. “So you can also fund unique gear and items that tie into these quests. It’s a world that we’ve tried to make as deep and varied as possible.”

There is no information on a Steelrising release date, but we’ll keep you informed as more news comes out. For more information on the game, check out the Nacon Connect presentation here.