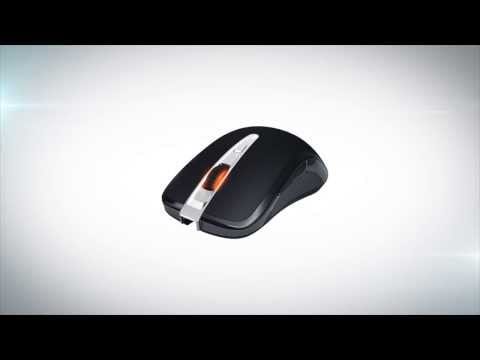 Wireless gaming mice are not usually the preferred choice for serious gamers but they are improving as we found out in our recent review of the Logitech G602 Wirelss Gaming Mouse review.

At CES SteelSeries are joining the wireless action with their new Sensei Wireless Gaming Mouse which has a few extra benefits, even if it is pretty expensive at £134.99.

The new Sensei comes with its own rechargeable docking station and it can also be switched to a wired a mouse by plugging in a cable. On a full charge there’s 16 hours worth of gaming if in wireless mode

The mouse is also ambidextrous and comes with “rubberised accents” which is a big plus for everyone. It also has colours in case that really matters to you, there’s 16.8 million colour options to mess about with although they’re unlikely to make you a better gamer.

“The Sensei name and line-up has always been about delivering best-in-class performance to users who want a mouse that takes what is considered “good” and exceeds expectations on performance, technology, software and capability,” said Bruce Hawver, SteelSeries CEO. “The Sensei Wireless holds true to its name and was built to be the best wireless gaming mouse on the market with a wireless performance and features that will sure to impress its users.”