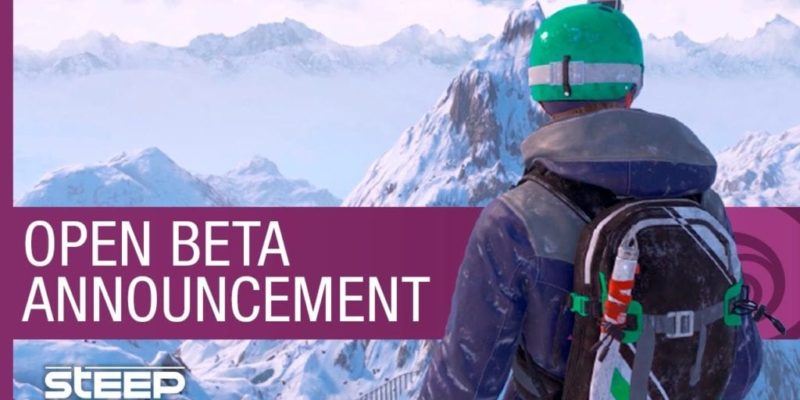 Ubisoft’s Steep, the open map title based around a myriad of winter sports activities, will be getting a pair of beta sessions ahead of its December release. One will be a fully open beta, the other will be closed (but you can sign up for a chance to get a place).

The open beta for Steep will begin on 18 November and run until 21 November. If you sign up here for ‘early beta access’, you might get into the one which will run from 10-14 November.

In the beta, players will be seeing “three of the seven regions” which make up the game’s Alps-inspired world; “the Aravis, the Tyrol and the Needles”. These regions will have “dozens” of challenges, and offer nine narrative-guided contests called “mountain stories”. Here’s a bit of a trailer.