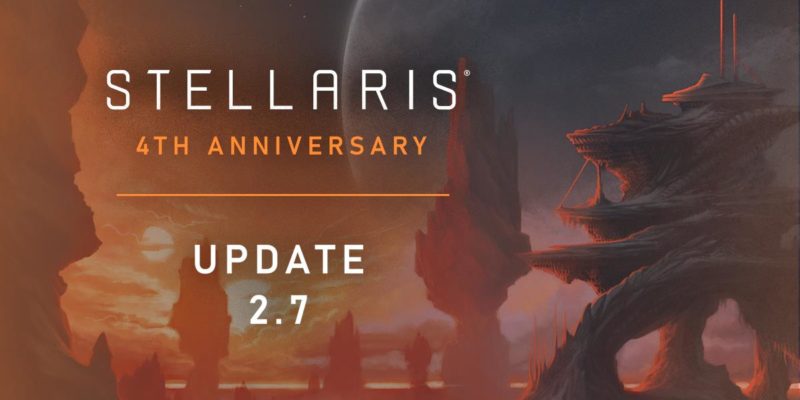 In May 2016, Paradox Interactive launched Stellaris, a grand strategy game that focused on futuristic sci-fi elements and players venturing forth across the stars. Like any venture, Stellaris also had many ups and downs. Fast forward to the present and the game looks to be in better shape, and its four-year anniversary also coincides with discounts, a free weekend, and the new 2.7 Wells update. You can watch the trailer below:

There are a few improvements to look forward to thanks to Stellaris‘ 2.7 Wells update (which is free to all owners). A couple might be of importance especially if you’re playing with the Federations expansion:

Likewise, there are new edicts for your spacefaring empire such as “Extended Shifts” (increases worker and slave output at the cost of happiness) and “Evacuation Protocols” (available to factions that have a “Doomsday” origins). New event chains for joint operations are also provided, making your Galactic Unions, Research Cooperatives, and Trade Leagues more dynamic.

Additionally, you’ll find tweaks such as remastered audio assets, variations to ship designer sounds, and ambient sounds for planet reveals. The 2.7 Wells updates also introduces nebulas and space storms; the latter can randomly appear during the mid-game onwards. Oh, and even space whales and space amoebas have unique home systems that can spawn more creatures as time passes.

Stellaris is also having a “free weekend” which starts today (May 12). That might sound odd at first, but it actually lasts until Sunday (May 17). DLC add-ons are also discounted for a limited time. The newest expansion, Federations, isn’t discounted, but the rest such as MegaCorp and Utopia are on sale. 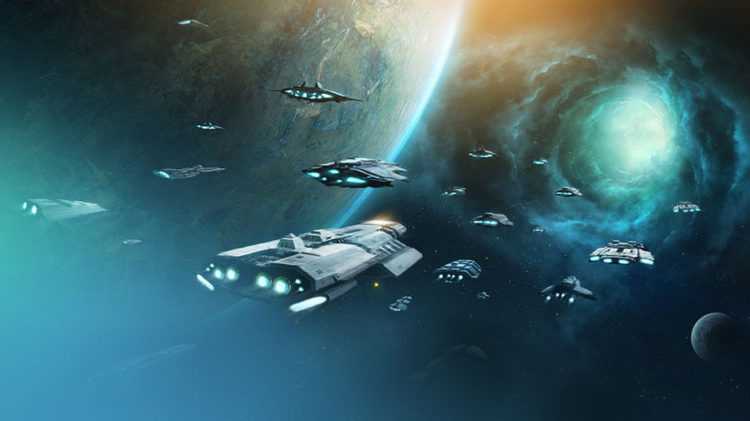 You can check out Stellaris and its DLCs via Steam. You can also view the full patch notes for the 2.7 Wells update here.