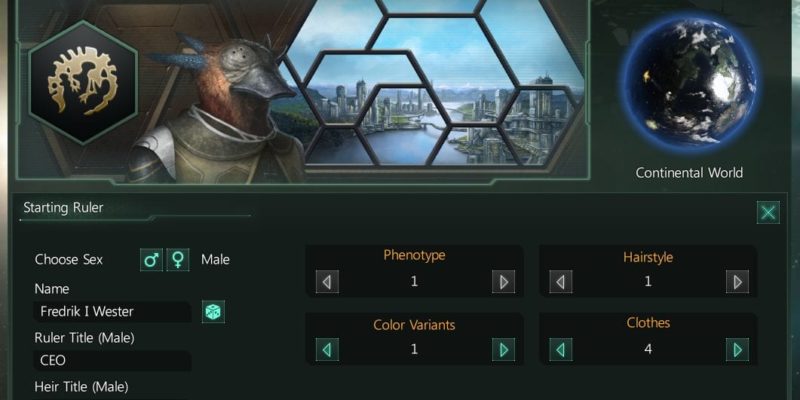 Paradox have pushed update 1.1 (Clarke) for Stellaris out of beta and into general public release, the game should auto-update on Steam accordingly.

There are too many features, balance changes and bug fixes to summarise, but some useful-looking additions include an “AI aggressiveness” setting on the galaxy set-up screen, and the collection of strategic (planetary) tile resources no longer being suppressed by buildings. It’s also now no longer necessary to be in control of a planet during a war in order to demand it as part of your treaty to end hostilities (however, controlled planets will provide more war score during a conflict).

The Platypus race portrait is part of this update too, so now all Stellaris players will be able to conquer the stars as this supremely weird mammal. A full changelog for 1.1 Clarke can be found here.

The next major update (Asimov) is scheduled for the end of June.