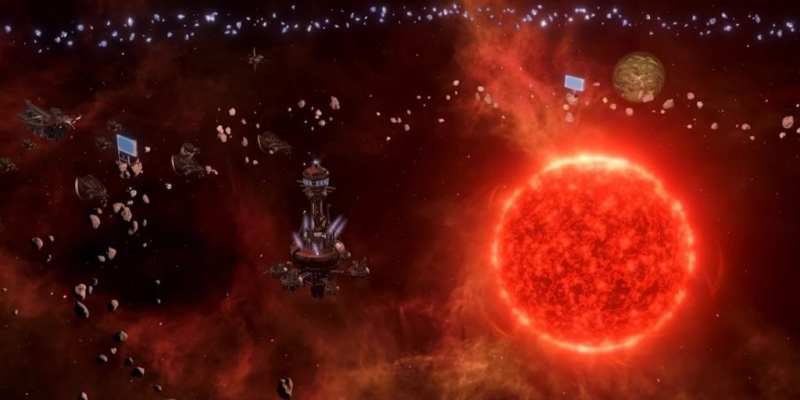 Loot boxes in video games have been a big issue since last year. Recent developments have shown just how much some vocal gamers clamor for regulation, all the while politicians are stepping in to investigate. One such example is the US Federal Trade Commission (FTC) promising to investigate loot boxes after a senator’s recommendation. So yes, it’s a hot topic and a serious issue — but that doesn’t mean you can find a bit of humor. That’s what the MegaCorp expansion for Stellaris has set out to do — making fun of loot boxes and capitalism in general — while also making overhauls to the game’s economic system. Check out the features trailer below:

Stellaris: MegaCorp imagines a future when a corporation has full control of a planet and everything revolves around capitalism and making a profit. Some notable features include a lowered administrative cap. Since you’re a corporation and not an empire from the ground-up, you can’t just conquer your way through Stellaris’ galaxy. You need to pick systems with better resource yields.

If you do encounter a neighboring alien race, you can choose to establish a Branch Office (with additional corporate buildings) which provides benefits for both you and that faction. Also, if your city grows enough, it can turn into an Ecumenopolis — a planet-wide city. Think of it like Warhammer 40K’s hive worlds or Star Wars’ Coruscant.

As for humor, you’ve got advisor voices that just ooze of salesmanlike gusto or one that urges the proletariat. Of course, there are some jokes about loot boxes too once you get to the Caravaneer station. You can opt to buy “CaravanCoinz” in exchange for resources. You can then pick from various “mysterious boxes.” Even the alien dialogue is a nice touch:

Sapients with psychological profiles particularly vulnerable to addictive activities are advised to stay away from the Slots and Reliquaries.

If they hate fun, that is! 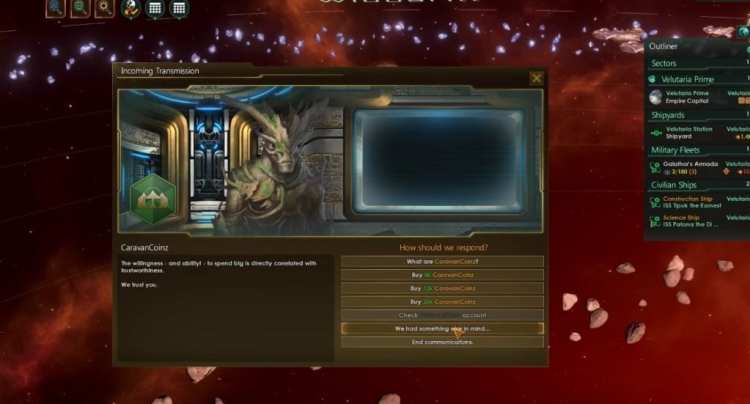 Other features include Caravaneers (space-faring door-to-door salesmen) and new megastructures. Stellaris: MegaCorp will come with a free update that overhauls the game’s economic system. We’ll also see the inclusion of an Internal Market and a Galactic Market, and planetary trade routes and trade value. Of course, an even bigger change is the rework for planet-wide building and growth. Planets in Stellaris are no longer comprised of tiles where you could build random stuff. They’re now comprised of four district types which you can develop further, along with various jobs for your citizenry.

Stellaris: MegaCorp releases on December 6 and you can check it out via the Steam store page.