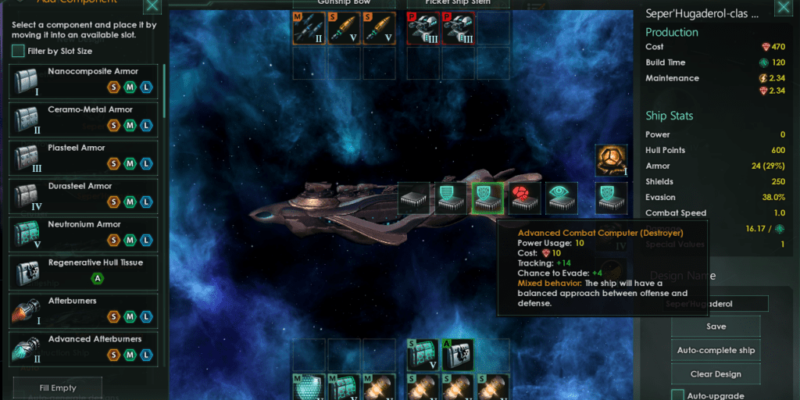 With the Leviathans DLC and free Heinlein update released, the Stellaris team have started outlining where the game is heading in the next couple of updates. A lot of this stuff isn’t necessarily finalised, but it represents where Paradox want to take the game.

Before the end of the year, Stellaris should be getting a free ‘Kennedy’ update. This one will be a “small update targeting a few specific key issues”, which include precursor event chains and end game crises.

Kennedy will be followed by ‘Banks’ (as in Iain M.), planned as a “major” update accompanied by a full-sized, paid expansion. Paradox aren’t spilling any specific details about what will be in Banks, but suggests that the authors own work may provide some clues. They have, however, spelled out some general, long-term ambitions for the game.

In addition to that, they’ve included some desirable features that are not certain to appear, but are somewhere on their ‘we’d like to do this’ list. Or, as they put it, “NOTE: THIS IS NOT AN EXHAUSTIVE OR FINAL LIST, AND NOTHING BELOW IS CERTAIN TO HAPPEN!”