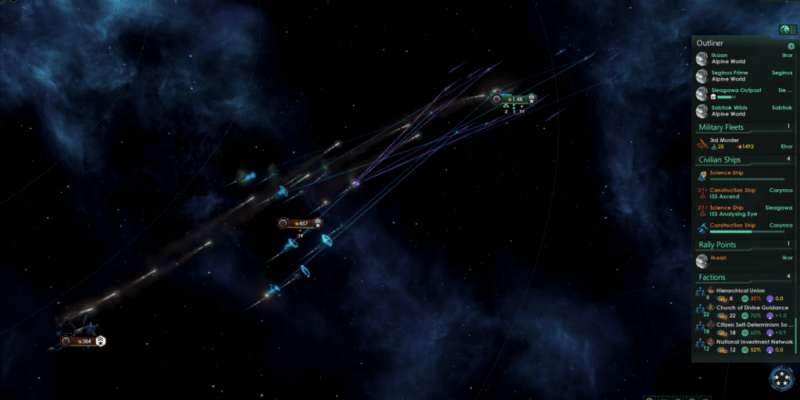 One day after the release of the free Banks patch and Utopia DLC, Paradox have put out a Beta patch (1.5.1) dealing with some of the more immediate bugs. It won’t automatically download, as it’s on an opt-in Beta branch through Steam.

You can choose to download it by right-clicking on Stellaris in your Steam library, navigating to Properties, then the Betas tab, and finally choosing 1.5.1 from the drop-down menu in there. At that point, the Beta version of the patch should download. These usually get pushed to a full release fairly quickly, but since it’s close to the weekend it might be Monday.

The full set of patch notes for Stellaris 1.5.1 can be read here. Among them; Ironman games should now save properly when players exit to the main menu (a weird one, as it was doing that fine with the pre-release review build), the ‘Philosopher King’ civic should now correctly apply to your initial ruler, and Pop faction promotion/suppression modifiers will now be removed if that faction is destroyed.

In other areas, the patch fixes a possible memory leak bug related to Pop factions, fixes some incorrect or improperly typed tool-tips, and addresses some bugs with the newly organised UI and interface. Paradox say that Stellaris games started in version 1.5.0 should play fine on 1.5.1, so you shouldn’t have to start over again.