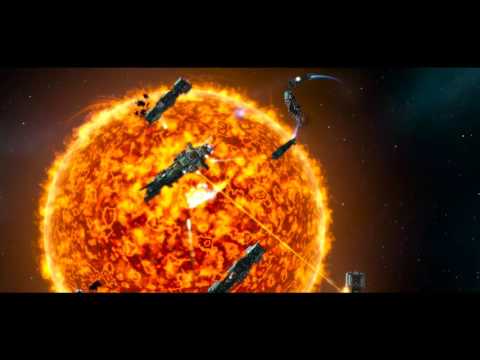 Stellaris is this week’s big release so it’s no huge surprise that it’s sold rather well so far.

According to Paradox, there were 68,000 simultaneous users trying to conquer the galaxy when it launched yesterday and it beat their previous record which was held by  Cities: Skylines.

So far the game has already sold 200,000 copies which broke their revenue record for any previously released Paradox games over the same time period.

“We are immensely proud of the Paradox team for putting together such a stellar release,” said Fredrik Wester, CEO of Paradox Interactive and master of puns. “This release is the result of hard work and dedication from the entire company and in particular Paradox Development Studio. The incredible reception by players, indicated for instance by the steam user reviews, is all the proof we could ask for that our hard work paid off. Our fans have put their faith in us and Stellaris will be a part of Paradox’s onwards journey for a long time to come.”

Good news for Paradox and the 4X genre as a whole. We have thoroughly enjoyed the game as you can see from Peter’s review.

If you’re still wanting to pick it up, head the PC Invasion Store where there’s a 15% discount in all editions.