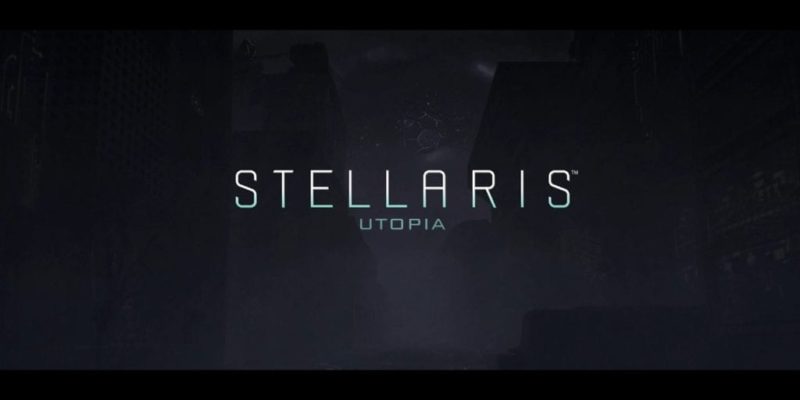 The much-discussed (in dev diaries and the like) first major expansion for Stellaris has been officially announced by Paradox today, and named as ‘Utopia’. It will be accompanied by a free update, ‘Banks’, taking the game to version 1.5.

Utopia’s feature set will enable your space dwelling civilisation to “reach new heights of self-awareness, technological prowess or spiritual enlightenment.” You’ll be purchasing new options for developing your empire, and constructing huge projects called ‘Megastructures’ to further the goals of your species. More about Megastructures can be read here.

So-called ‘Ascension Perks’ (more on those here), will let you guide your race down different evolutionary pathways; a biological path, a psionic path or a synthetic path. Here’s the overview of the features, changes, and mechanics Utopia will bring to Stellaris.

Neither a release date, nor price, appear to have been issued yet. Going by previous Paradox DLC releases, it’s likely to be $15-20.

By Matthew Loffhagen19 hours ago
News