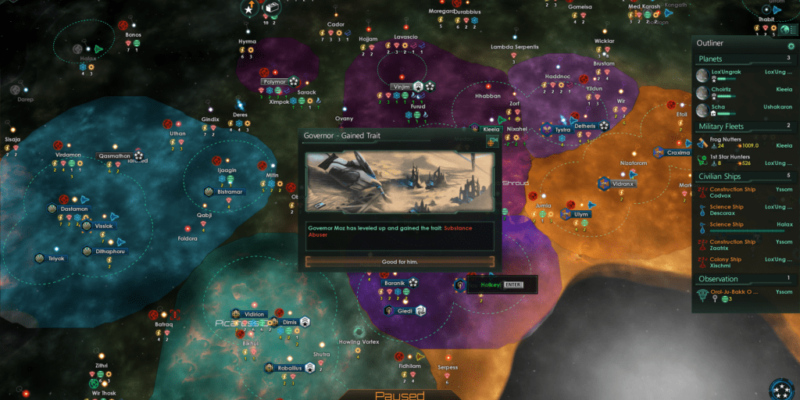 Those of you out there being hit with stuttering or frame-pauses in Stellaris despite meeting hardware requirements should soon have a hotfix patch to sort out that problem (possibly as soon as tomorrow).

Asked about the problem on twitter, whoever at Paradox is running the Stellaris account responded that “It’s an issue that’s known to us, don’t worry it’s not your hardware.” They add, “We are currently testing a patch to fix it!”

Further down the reply chain, they confirm that this patch won’t be showing up today, but to “Watch for an update from us tomorrow”. That’s presumably dependent on testing going according to plan.

If you missed it early, the PC Invasion review of Stellaris can be read here.