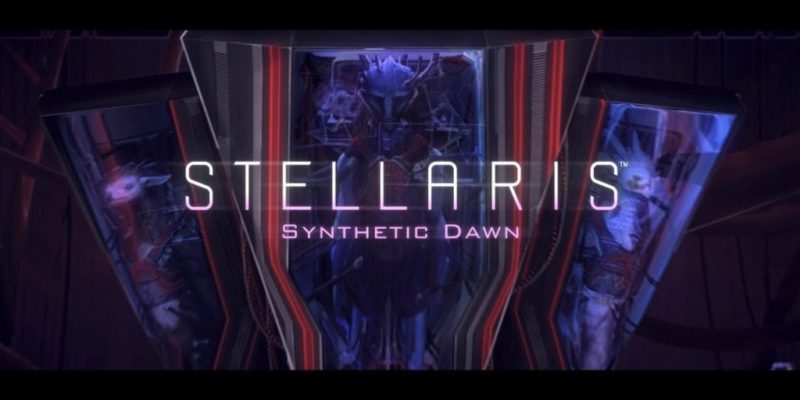 Paradox has announced the Stellaris Synthetic Dawn story pack which is due for release later this year.

Synthetic Dawn focuses firmly on synthetic life forms and players of the 4X strategy will now be able to play as a Machine Empire, a society made of robots or other synthetic life forms. These robotic races will expand their robotic consciousness through new “unique game features”. Now what could possibly go wrong with that?

New robotic portraits will be added covering science robots, worker robots, and more, new event chains and story features will be added, oppressed synths may rise up against their masters and form new civilisations, there will be expanded voice packs, and more.

Batman bamboozled by boxes in The Enemy Within launch trailer