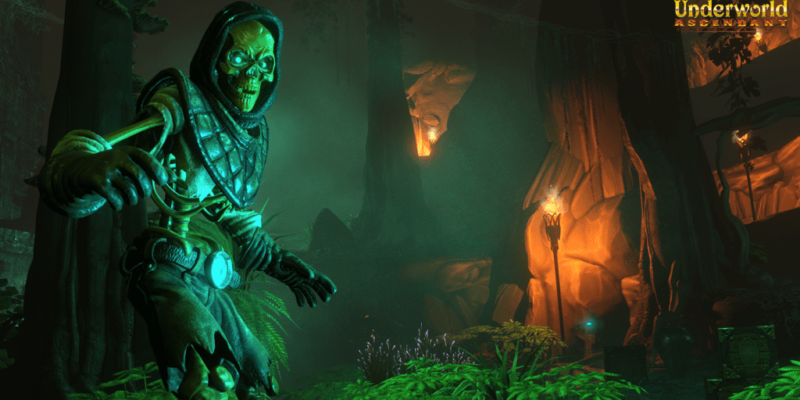 Things are happening in the realm of Underworld Ascendant, including a publishing partnership, new video, and some new images. That new video (below) has voice-over by Stephen Russell (Garrett from Thief: The Dark Project, and voice of many other games). Fitting, since Thief was a Looking Glass Studios title, and Underworld Ascendant’s Otherside Entertainment has plenty of former LGS people on board.

Otherside will be hooking up with publishers 505 for the release of the game. In case any Kickstarter backers are giving that news the shifty eye, the developers say “Otherside will continue to develop the game and retain creative control over the project. And we of course remain firmly committed to honoring our Kickstarter commitments to you and ensuring you receive all of the rewards you are due.”

If you are one of those Kickstarter backers, and pledged at the ‘Adventurer’ tier or above, then as of last week you had access to a pre-alpha build of Underworld Ascendant. Everyone else will have to make do with the aforementioned Russell-voiced video, and some images. The game is due for release in 2018.