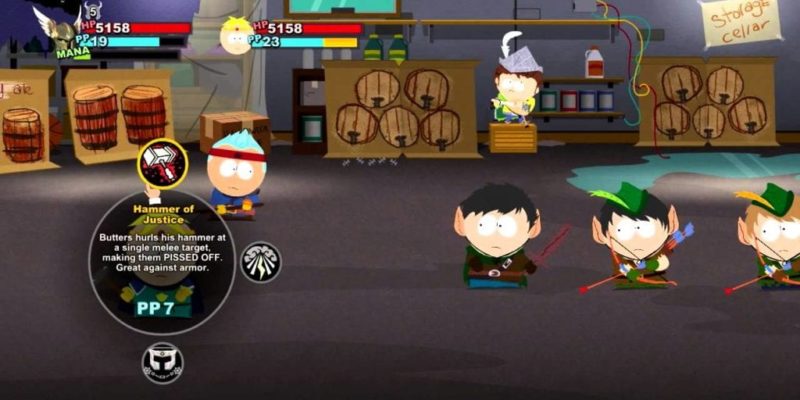 The guy with the flaming sword stands no chance against that kid doing the worm.

Alas, the December release date for South Park: The Stick of Truth is no more. The Obsidian-developed RPG (formerly under the publishing guidance of THQ, now Ubisoft) has been delayed until March 2014. This follows Ubisoft’s decision to delay Watch Dogs to a similar period.

The only explanation offered comes from show creators Matt Stone and Trey Parker, who say “Getting the game up to the crappy standards of the show has been a real challenge and we’re excited to say it’s taken way longer than we thought it would.” Which is … actually one of the better statements about the delay to a game I’ve read.

Don’t worry though, Ubisoft is priming one of their traditional PR campaigns consisting of 5,000,000 trailers from the game. Here’s one of them now, featuring a trip to the Giggling Donkey and some honest to goodness South Park: The Stick of Truth gameplay.