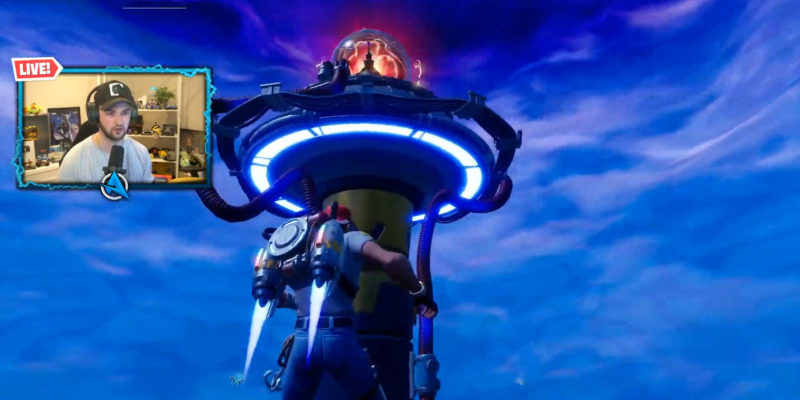 Well, well, looks like the string of rumors and leaks ended up true. Fortnite has been flooded in Season 3. Today, a doomsday device, known cleverly as The Device, was set off, turning the encroaching storm in Fortnite‘s world to water. The entire event happened over the course of minutes. But the end result will change how you experience Fortnite for weeks or months to come.

The Device sets off Fortnite Chapter 2 Season 3. Made of sci-fi orbs, spires, and lots and lots of crackling electricity, The Device apparently was meant to do more good than harm. It was clear, at first, that it was geared toward saving the world. After activation, it began to push back the deadly storm. Following a short bout of back-and-forth action, it seemed to have succeeded; the world of Fortnite was bathed in sunlight and color.

But shit eventually hit the fan. A massive flood of water soon rose up and took the place of the storm. I was watching Fortnite YouTuber Ali-A during the event. It was quite the spectacle seeing Deadpool’s Yacht rise on top of the massive tide. 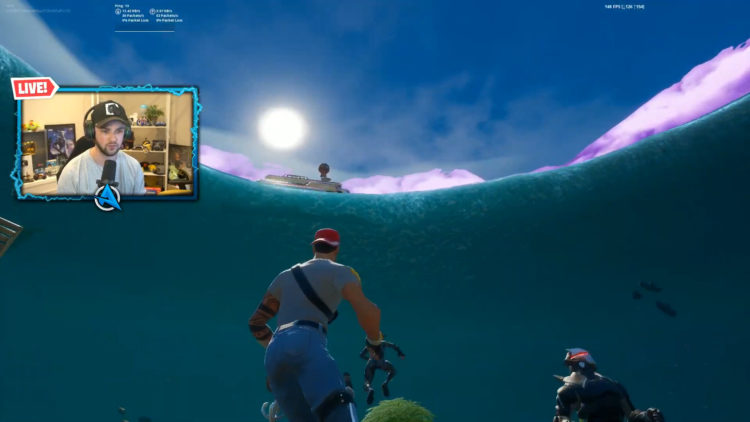 That’s why it’s hotter under the water

So, what does this mean for your next Fortnite games? Watching the video, it seems that you can enter the water like you would the storm. And, much like the storm, it ticks off health points the longer you swim around. Yes, swim around — indeed, those underwater animations found in April were real. You can enter and leave the water at your leisure.

What’s interesting, however, is what you can’t do now that the storm has gotten wetter. Ali-A could swim around in the flood, but he says he couldn’t heal himself, shoot weapons, or build. Most BRs, like Fortnite, let you at least heal or defend yourself from outside attackers. Not with the flood. If you get trapped in the briny deep, you have to swim for your life — or else. We couldn’t confirm that you can still get shot while under water. But seeing as the bullets seemed to disperse when striking the wall, you probably can’t.

Fortnite Chapter 2 Season 3 is now underway. Be sure to bring your snorkels. 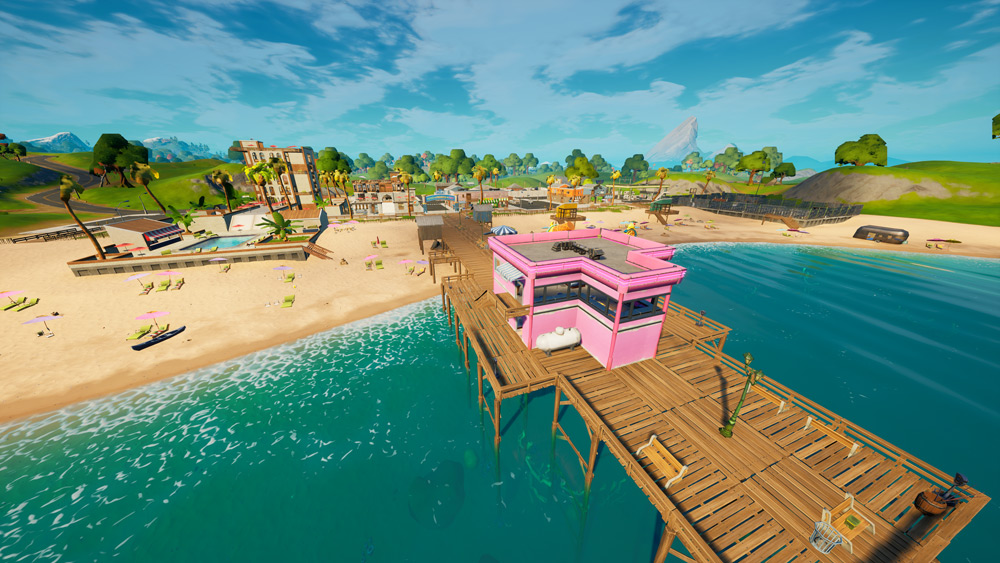