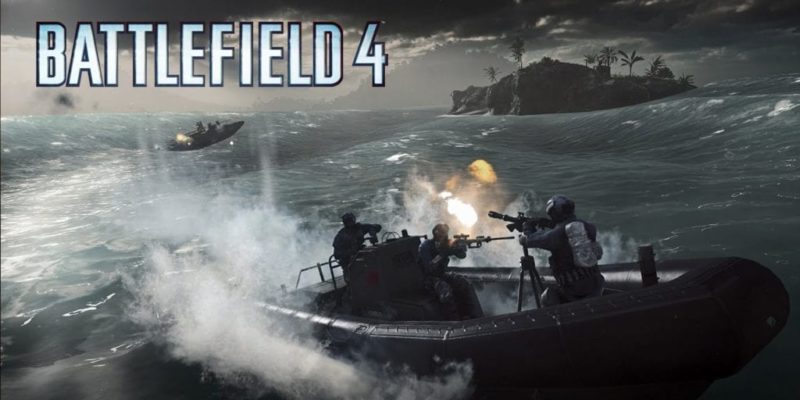 EA have released a new trailer for Battlefield 4, showing off two minutes of multiplayer action on the Paracel Storm map. By which I actually mean “two minutes of two-second clips stitched together.”

So yes, it’s fast and frenetic and features lots of guns and explosions and collapsing buildings. Paracel Storm appears to be set on a tropical island of sorts, with lots of palm trees and beautiful skies, and… oh. Everything’s gone a bit dark, and the water’s gone a bit choppy. I suppose that’s why it has “Storm” in the map name.

It’s worth watching if you’re curious about how Battlefield 4‘s multiplayer will look, mind you, and the bit where a battleship crashes onto the island is genuinely impressive. It’ll be less impressive when it happens within 30 seconds of the match starting and is immediately followed by a stream of “lol” “LOL” “LOOOOOOL” “omg fkn noob” “haha loser”, though.

Battlefield 4 is due out on 29 October, and you can read about the pre-release beta and the please-give-us-more-money Battlefield 4 Premium subscriptions here.

By A.K Rahming13 hours ago0
News

By A.K Rahming14 hours ago0
News