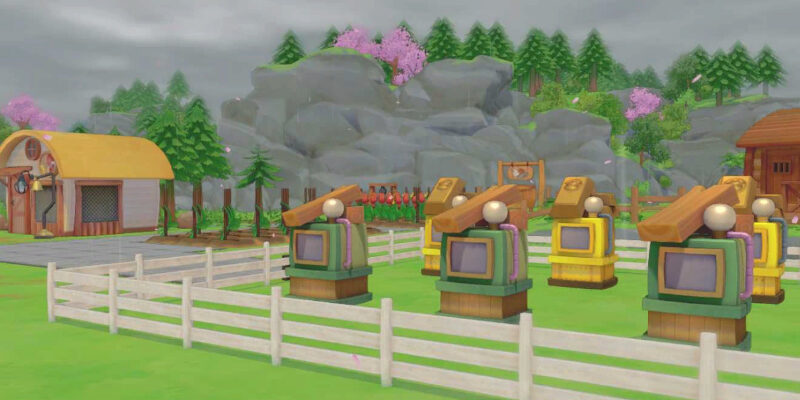 For many gamers, Harvest Moon is the pioneer of the farming RPG. Leading the way for later titles like Stardew Valley, it established many of the mechanics now standardized across the whole genre. Due to some ownership complications, it has since been rebranded as Story of Seasons in the west, but the concept is unchanged. And Story of Seasons: Pioneers of Olive Town is developer Marvelous’ latest installment in the series.

This is actually a port as Pioneers of Olive Town was released on Switch earlier this year. However, the hybrid console’s limitations caused various performance issues, holding back the game’s potential. Players looking to get the best experience from Story of Seasons were praying that it played well on PC. Thankfully, there’s no need to be worried.

As its name would suggest this game takes place in Olive Town, a peaceful community that is looking to expand. The town’s mayor Victor sees your arrival as the perfect opportunity to grow tourism and turn Olive Town into something special.

On your way to becoming the ultimate farmer, you’ll encounter story events and festivals. Story events are the main method at which Olive Town is improved, and completing these events can net useful rewards. This includes new shops being opened up and opportunities to get to know the other townsfolk better. 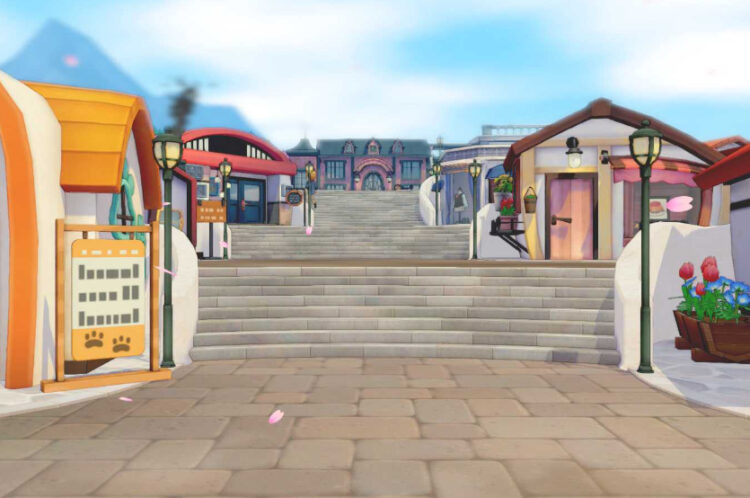 Of course, helping the town grow is just one of many objectives. The player is also tasked with expanding their own farm as well as tackling a multitude of side activities. You can build relationships with the town’s citizens, complete the museum, or grind away to level up your stats. In terms of content alone, there is an impressive amount to do. Completionists looking to accomplish everything will have their work cut out.

Pioneers of Olive Town is designed in a way that allows you to define your own story. Sure the game will occasionally throw ideas your way, but there isn’t anything enforcing them. The player has absolute choice on what they want to do and when. It’s a refreshing level of freedom that, whilst typical of Story of Seasons, isn’t too common elsewhere.

As with any Story of Seasons game, there are going to be comparisons made to Stardew Valley. But I think getting carried away with comparing them can make it easy to overlook something obvious. Both games take inspiration from each other and as a result appeal to a similar audience. That said, it isn’t the case that if you like Stardew you have to hate Pioneers of Olive Town. Quite the contrary really.

Likely inspired by Stardew Valley, Pioneers of Olive Town takes a much more personalized approach to farming. The limitations of past titles have been removed, and players have much more choice as to how they use their assigned space. With some time and dedication, it’s possible to make your farm look incredible. 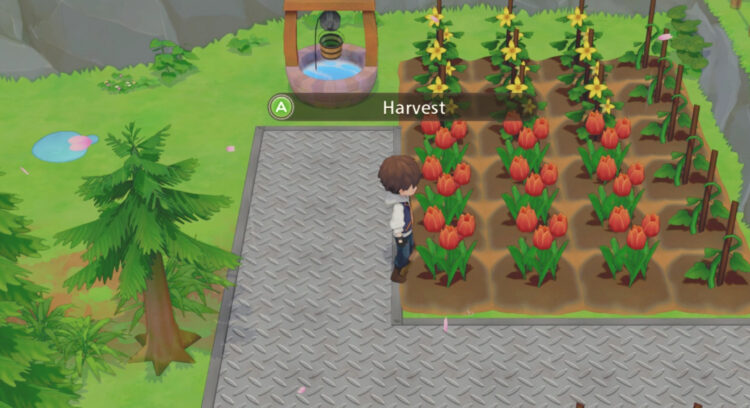 The catch to this is that the tools to do so aren’t overly well made. You have to place one tile or object at a time, and removing a misplaced item is slightly more hassle than it needs to be. Not in a way where it becomes a serious problem, but it’s enough to get on your nerves over time.

Also, Pioneers of Olive Town has a habit of spawning random vegetation and saplings all over your farm. To be fair, this does make it easier to harvest renewable resources without having to actively worry about it. But when you’re trying to build new things, having to constantly clear these it gets annoying. Theoretically, beautification is possible as the means required are provided. Yet, once again, it’s slightly more annoying to do than it needs to be.

This is the first main entry Harvest Moon game to feature both same-sex and multi-sex marriages. This is a bigger deal than it might sound at first. Although not completely new in western games, a Japanese developer including the option for diverse relationships is uncommon. It’s a welcome surprise, though, for sure.

I will confess that I didn’t find myself getting too involved in relationships due to the lack of character portraits. The characters are as cute as ever. Honestly, I actually prefer this art style to what many of Pioneers of Olive Town‘s competitors offer, but the lack of portraits is disappointing. They allow for powerful emotions to be conveyed that just aren’t present here. 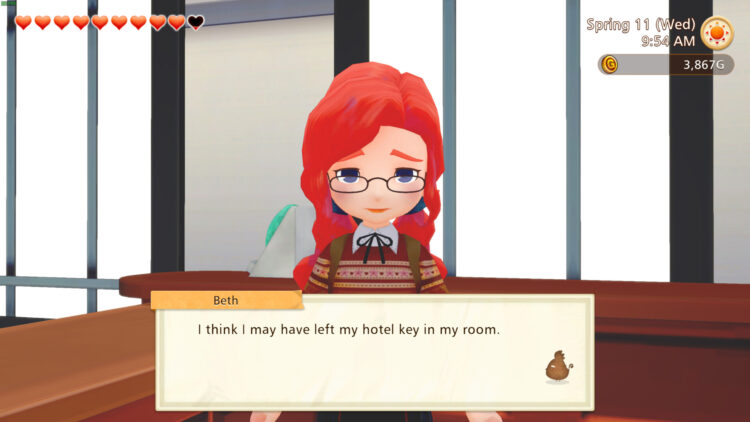 The Chat Camera option that can be enabled in the settings provides an okay alternative to conventional portraits.

Furthermore, I found the dialogue to be surprisingly bland. If a town event is happening, it’s basically all anybody speaks about with zero variance. Interacting with a townsfolk and coming away from the conversation feeling like it was worthwhile was a rare occurrence. That’s a little sad considering the community is supposed to be such a big part of what you do. Although, from what I understand, this has been improved from where it was when the game first released on Switch.

I don’t want to be too harsh, as it’s not as though Pioneers of Olive Town‘s relationship system is a complete write-off. Those interested will most likely find at least one character with whom they can establish a meaningful connection with. After all, most of their designs are cute, and their friendly personalities make them easy to get along with.

Making new friends is great and all, but what about the farming? Perhaps the most notable change, when compared to past games, is just how relaxed everything is. The constant micromanagement and need to be as efficient as possible is gone. There’s easily enough time to complete all the tasks and have room to explore freely. Even with a large farm it never gets to the point where you’re sinking a whole day into the agricultural side of the game.

This might make Pioneers of Olive Town less appealing for long-running fans of the franchise, but it’s definitely a positive for most other players. I can tell this was the aim of the developer by some of the changes made in newer patches and the PC version. For example, maker devices that are used to refine certain materials no longer have to be babysat. Instead of only processing one material at a time, up to ten can now be inserted. With a few makers set up for each resource, it’s easy enough to throw in whatever you need processed and go about your day as usual. 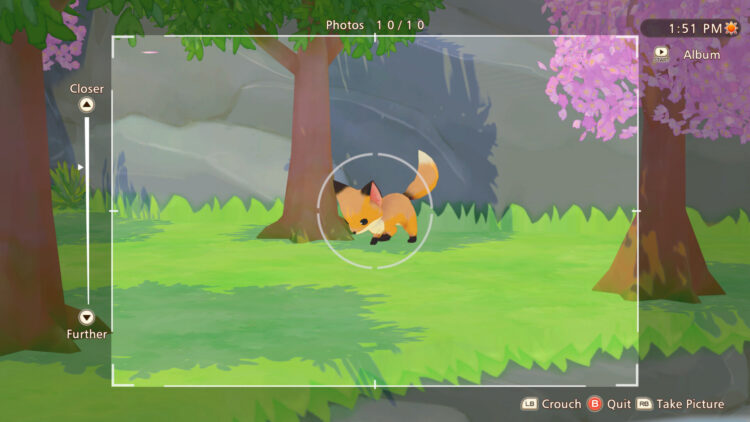 You can use the extra free time in Pioneers of Olive Town to do important tasks like taking pictures of this adorable fox.

There are even new forms of automation introduced, like sprinklers. Accessing more complex devices like these requires you to level certain skills. Skill levels are centric to most of the game’s progression, and farming is no different. It’s a similar case with the tools, which can be upgraded to several tiers. Maximizing all twelve skills and each tool will take a long time so be prepared for a serious grind.

Once both high-tier tools and high-level skills are obtained you begin to feel almost godlike. It’s hilarious just how efficient it is possible to be at the later stages of the game. Even Mother Nature herself will bow before you. It does make a lot of the initial challenge now trivial but I enjoyed seeing my grinding pay off. A lot of other games in this genre lack that end-game buzz that makes you feel as though you’ve achieved something.

Smoother than the Switch

As I mentioned earlier, the Switch version of this game has numerous performance issues. Heavy rain causes frame rate drops and certain loading screens are far longer than have any right to be. Thankfully, the power of the PC platform, plus some improved optimization, fixes all of these problems. 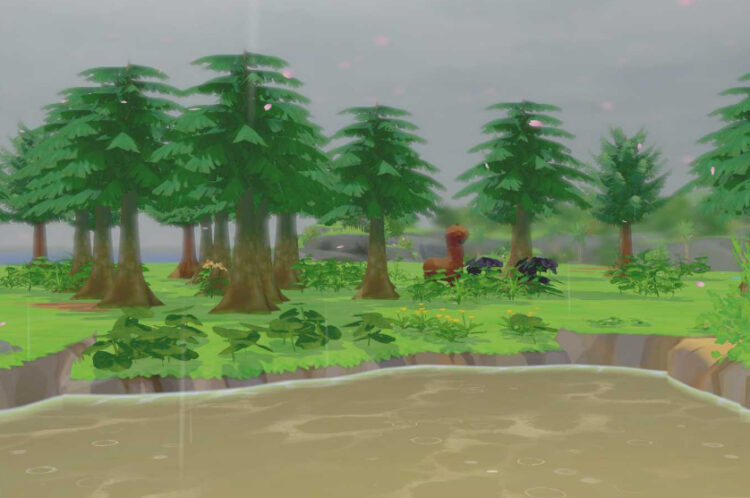 Whilst the Switch version remained locked to a temperamental 30 FPS, the PC version has options for 30, 60, 120, 144, and unlimited FPS. Due to the nature of the game, it isn’t that important to reach extremely high frame rates, but those with mid-end gaming PCs can expect an excess of a consistent 200 FPS. That’s some smooth crop planting right there. As a side note, the recommended GPU is only a GTX 970. So most PC gamers will have zero issues running this.

It’s easy to over critique games like Pioneers of Olive Town as our expectations often outweigh what’s reasonable. This is a sandbox farming RPG, so everyone is going into it expecting and wanting different things. But the way I see it is that this is a good game, albeit a good game with obvious flaws.

The relationship system being mediocre is unfortunate, as I know for many that is a huge deal. Nevertheless, it’s hard to overlook the sheer amount of things to do alongside the quality of life improvements made for the PC version. This won’t be the farming game for everyone but there’s definitely more than enough there for the right person to sink a lot of hours into.

Assuming that you're not playing this kind of game for the relationship aspects, Pioneers of Olive Town is a good farming RPG. It continues many of the long-established trends of the Harvest Moon series, whilst adding in some welcome quality of life improvements. Although perhaps not quite on Stardew Valley's level, this is still a game that is worth playing and one that genre fans will enjoy. As a bonus, thanks to it now being on PC you don't have to deal with the Switch version's various performance issues.