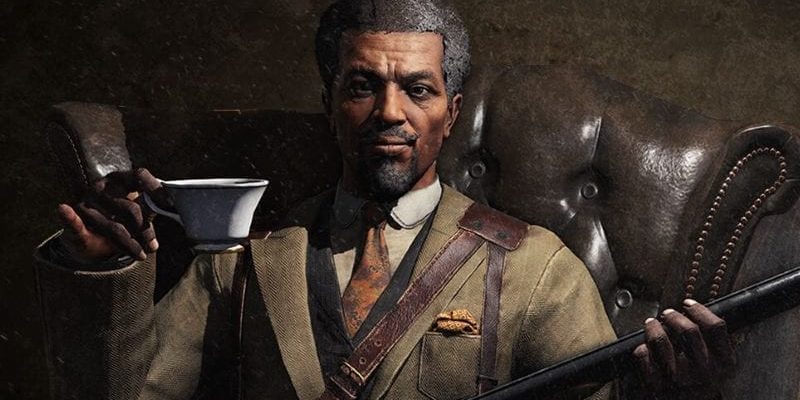 The upcoming launch of Strange Brigade also brings a new character added to the roster. If you were looking to whet your whistle with exploration and intrigue, look no further than Winston Bey. The “journalist, spy, diplomat” seeks out new adventures within Strange Brigade. Winston Bey will be available for free to those who pre-order or buy the game within the first 30 days of it launching. It isn’t clear if a price will be associated with him after that point.

The character was revealed to be a fifth, and free, addition to the cast. Each character has a set of unique abilities and equipment at their disposal. Characters include demon huntress, Nalangu Rushida, army roughneck, Frank Fairburne, close-quarter combat expert, Gracie Braithwaite, and magic master, Professor Archimedes De Quincey. Each of the characters also has a unique backstory and how they became acquainted with the Department of Antiquities.

Strange Brigade releases on August 28, 2018, on PC, Xbox One, and PlayStation 4. The game is a squad-based, co-op experience allowing you to go at it alone or with three other teammates.

By Ben Kerry11 mins ago
Industry