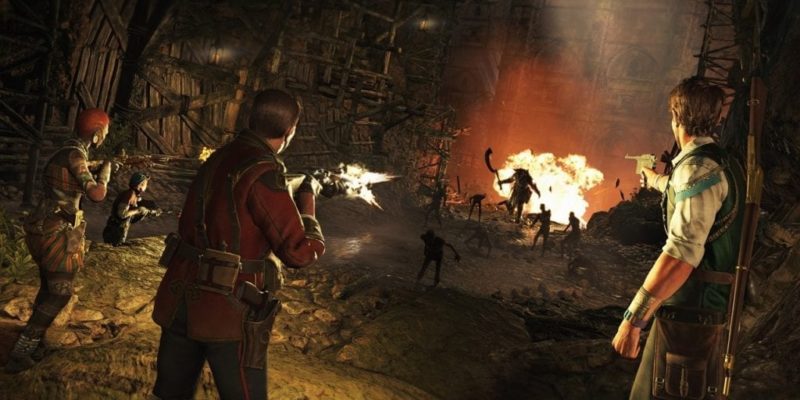 With its release just two weeks away, it’s high time to start paying attention to Strange Brigade. The upcoming shooter takes inspiration from pulpy adventure stories, allowing up to four players to explore dangerous locations as a member of its titular team. There’s a lot to unpack. Rebellion’s wave-based shooter has plenty of character customization and undead creatures to destroy. Luckily, a new Strange Brigade gameplay trailer does an excellent job of introducing the game’s minute-to-minute action.

Strange Brigade‘s primary mode is a full-fledged campaign. In the campaign mode, one to four players must fight through North Africa. Somewhere in Egypt, an evil witch has resurrected an army of undead monstrosities. They’re a deadly lot, all mummified corpses and sword-wielding zombie warriors. As members of the Strange Brigade, it’s up to players to work together, fight through the undead hordes, and defeat the witch.

It seems as though waves of mummies aren’t the only enemies players will encounter. Hulking guardians lurk amid the Egyptian ruins, too. They’re formidable foes, each one capable of overwhelming teams unprepared for a challenge. Similarly, players need to be on their guard at all times. In addition to enemies, traps litter Strange Brigade‘s environments. While spike pits and pressure plates are sure to slow progress down, players can use some objects to their advantage. In the gameplay trailer, it’s revealed that exploding barrels serve as an effective means of clearing clusters of enemies.

First up is Gracie Braithwaite. She’s an offensive powerhouse who can throw combustible firebombs at enemies for massive damage. Gracie also packs a mean punch and can whack enemies that get too close to the team.

Nalangu Rushida is a “spirit warrior” from Africa. She’s faster than the rest of the team, which is useful for rushing ahead and using her energy-sucking powers. Nalangu’s spirit attacks freeze enemies in place, which seems like a valuable skill to combo with Gracie’s firebombs. 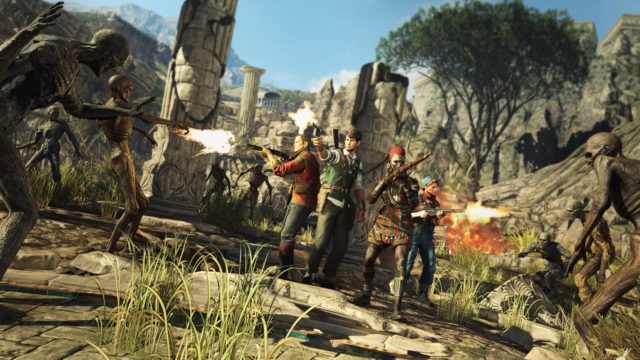 The gang’s all here.

Next up is Professor Archimedes De Quincey. He seems to be the brains of the bunch. As a world-class archaeologist, Archimedes can uncover environmental secrets and hidden passageways.

Finally, there’s Frank Fairburne. Frank’s a gun nut who’s willing to charge into battle with a variety of firearms. He’s seen fanning his golden revolver with speed and precision.

While the Strange Brigade gameplay trailer introduces the four characters available at launch, Rebellion has already detailed additional members of the team. Four extra Brigaders are coming to the game, though they’re locked behind Season Pass paywalls.

Apparently, the Strange Brigade can use supernatural skills to topple their undead enemies. According to the trailer, every character can access old-world trinkets that have magical properties. There are 16 different amulets in the game, each of which has its own unique supernatural properties. The gameplay trailer showcases electric shocks and aerial launchers. Interestingly, each character can use one amulet at a time, though they have four available. It seems like picking the right skill to compliment your team’s composition is an essential part of overcoming the game’s challenges.

Of course, there are plenty of guns in the game. From shotguns to submachine guns and rifles, enough weapon types exist to cater to every kind of players. And if you’re the kind of person who likes guns with a bit more of a punch, Strange Brigade also has a handful of “prototype” weapons. These special guns — like a blunderbuss or a flamethrower — are deadly against all types of foes. They aren’t permanent, however, which means that players will have to make the most out of their limited time with the prototypes. 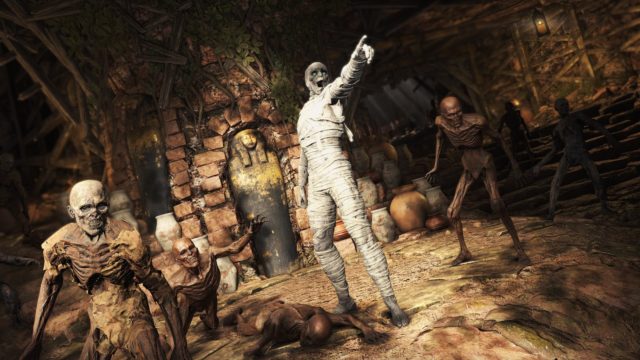 There are plenty of mummies to kill.

While the Strange Brigade’s primary focus is defeating evil, that doesn’t mean they’re immune to striking it rich. The team can uncover treasure caches as they move through the campaign, which often contain mystical gems. These gems function as weapon upgrades. Once someone’s secured a gem, they can equip it and reap some bonus damage or weapon modifiers.

Outside of its campaign, Strange Brigade also features a horde mode and time attack section. Each of these additional segments iterates upon Strange Brigade‘s wave-based formula. It seems as though there’s always something to do in North Egypt, so long as you’re willing to mow down some undead creatures first.

Clash is the first Rainbow Six: Siege defender with a shield

By Joel Yap4 hours ago
News