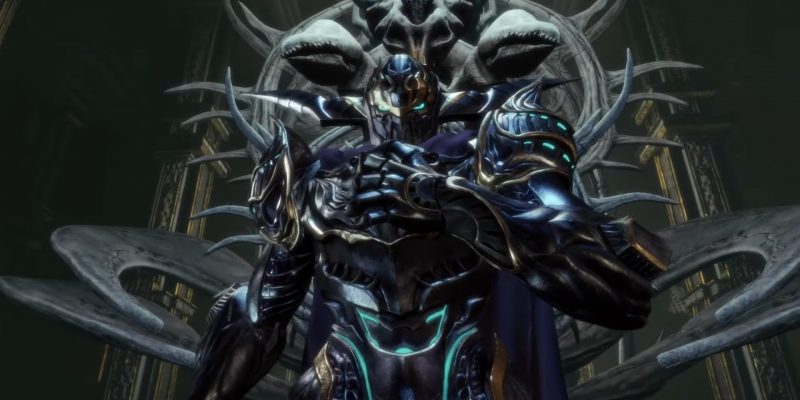 Rumors had been circulating the industry for awhile that Team Ninja, the developer behind the Ninja Gaiden series and Nioh, was working with Square Enix. Not only that, but that the developer was working on a Final Fantasy game of all things. At today’s Square Enix E3 press conference, we got confirmation that the rumors were true. Stranger of Paradise – Final Fantasy Origin is coming from Team Ninja and Square Enix, and a trailer for it was shown at the end of the show.

Two of the biggest names at Square Enix are working together on this project. The first name most know, Tetsuya Nomura, the man behind the Kingdom Hearts series and most recently Final Fantasy VII Remake. The other is Kazushige Nojima, one of the main writers of Final Fantasy VII.

The game follows the main protagonist named Jack, along with his two allies Ash and Jed. Their goal is to make it to the Chaos shrine and take down Chaos — one of the main antagonists of the entire Final Fantasy series. But doubt starts to accumulate in the trio as they wonder if they are truly the Heroes of Light.

The literal origin of Final Fantasy?

We get to see a lot of gameplay, and the inspiration from Ninja Gaiden are very apparent. We see the characters blocking, dodging, dashing, and performing numerous types of combo attacks. There is blood, but all of the special finisher moves turn the enemies to crystal before they are obliterated. It’s a clever way to possibly avoid an M rating, perhaps.

The mysterious female voice in this Stranger of Paradise trailer mentions Garland, the main antagonist of the first Final Fantasy. If Garland has indeed become Chaos, then the title of the game is meant to be taken quite literally. This game could be an origin of Final Fantasy, the first game in the series, not the series as whole. We do know how much Nomura loves wordplay in his game’s titles after all. The game is currently slated for a release date in 2022. You can follow the game’s official Twitter account for more information.