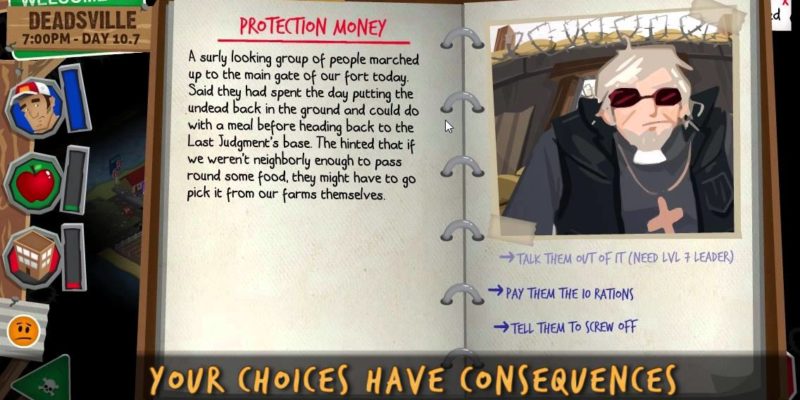 City-building strategy set in the aftermath of the zombie apocalypse

Plenty of games focus on what happens during a zombie outbreak, but what about everything that comes after?

Originally Kickstarted in October of last year, Rebuild: Gangs of Deadsville is the latest in the Rebuild series of strategy games set after the fallout from a zombie apocalypse. After the initial panic has died down, will you be able to rebuild society? Will you be able to lead a stalwart group of survivors as they carve out a new home, city block by city block? Will you be able to defend your followers from what’s left of the horde, or worse, other survivors?

Rebuild: Gangs of Deadsville focuses on a small group of survivors and asks you to make the tough choices for them. Should you snipe zombies from the safety of your fort, or risk sending someone out to scavenge for medical supplies? Should you build additional shelter, or would your time be better spent trying to grow crops? If a trader happens by, should you swap your last few bullets for food?

Rebuild: Gangs of Deadsville was made primarily by Sarah Northway of Northway Games, a husband & wife indie team that travels the world making games, like Incredipede, the rest of the Rebuild series, and Fantastic Contraption. Picking up Rebuild on Early Access means supporting indie development, and indie experiments like Shader, the video game intended to exist only on a single, Internet-and-external-connection-free laptop.

If all that sounds good, be sure to check it out on Steam Early Access today.