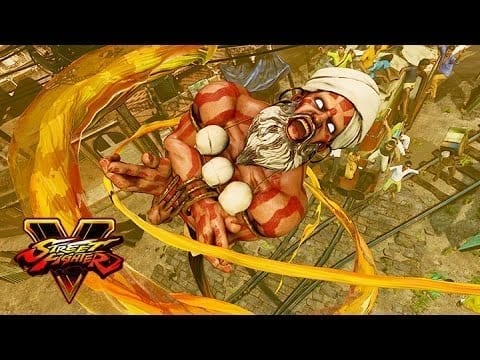 Today, at Games Week in Paris, Sony confirmed the release date of the upcoming Street Fight V.  The iconic fighting franchise returns on February 16, 2016 for both PC and PlayStation 4. After release, six additional characters will be added to the game throughout 2016, bringing the total roaster from 16 at launch to 22.
“All gameplay related content, including the new characters, will be available for players to purchase for free by earning the in-game reward currency called Fight Money,” wrote Sony in a post press conference statement. “Fight Money can be earned by players through in-game activities such as undertaking daily goals and leveling up individual characters. For those who just can’t wait to unlock each piece of new content, content can also be purchased instantly using real in-game money, named Zenny. All gameplay updates and balance changes will be made available to all players at the same time for free. This new release strategy means that for the first time ever, the initial purchase of Street Fighter V is all that players will need to make in order to stay current with the game and enjoy all future content.”
Along with the confirmed release date, a new trailer for the game was also revealed showcasing the game in stunning 4K resolution with Dhalism being the focused fighter.