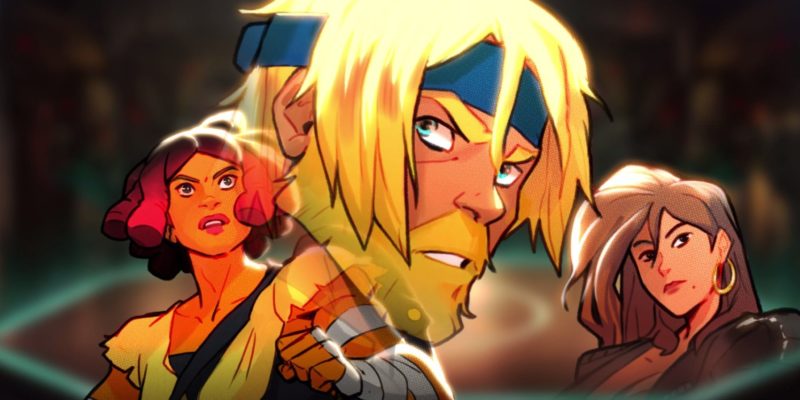 The popularity of any given game genre ebbs and flows like the tides. The biggest genres of the past make way for new ones, which in turn will make way for others. But old genres never really die, and always maintain a respectable following. In the span of four days, turn-based tactics players have been rewarded with both XCOM: Chimera Squad and Gears Tactics. Now, thanks to the joint efforts of DotEmu, LizardCube, and Guard Crush Games, side-scrolling beat ’em up fans are getting a thrill of their own in the form of a very devoted love letter to the ’90s. Streets of Rage 4 is, without a shadow of a doubt, a real gem of a side-scrolling beat ’em up.

A throwback worth the wait

After being dormant for 26 years, Streets of Rage 4 transports players back to Wood Oak City and unleashes a rogues’ gallery of familiar and new foes. Punk rockers with colorful hair, biker chicks, kickboxing martial artists, and the standard heavy-handed cops, you get the gist of the trouble brewing in this boiling pot. Brawling from the streets to the sewers, through sky-trains and art galleries, and eventually to an island befitting of our villains, the action is flashy, intense, and most importantly, fun. 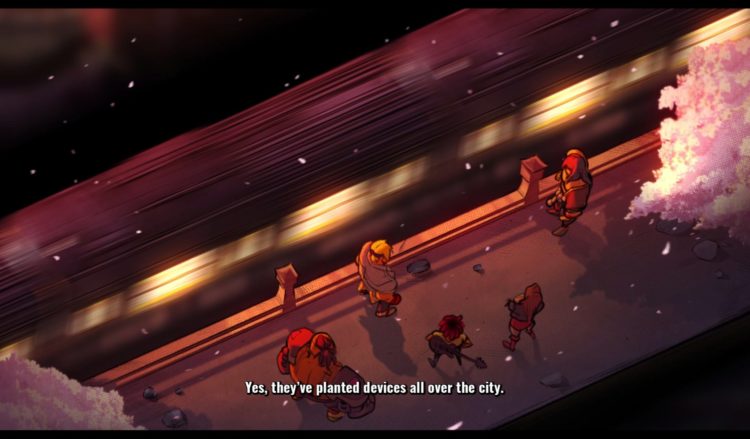 While the plot of such games is seldom important, Streets of Rage 4 does throw a bone to fans of the long-running series. With the demise of Mr. X and the Syndicate in the original series, crime needs a new face — faces, in fact. Through your fists and feet, you will hopefully put an end to all the criminal activity brought forth by the new Y Syndicate, and take down the new evil masterminds.

Who better to do that than our returning heroes? Axel Stone, Blaze Fielding, and Adam Hunter would instantly bring back fond memories for older games. Rounding out the roster are Cherry Hunter, daughter of Adam, and Floyd Iraia — whose robotic arms were crafted by Dr. Zan of Streets of Rage 3. For those looking to go even more retro, there are also 12 more classic sprite-based versions of fighters from previous games to unlock. The nostalgia is enough to send hardcore fans into a frenzy, but the developers have done more. Each character fights differently, with the more modern iterations having additional moves at their disposal.

The five main characters all have their standard attacks to keep enemies at bay. While Axel and Floyd pack more power, both Cherry and Blaze have more agility, with Adam being a good balance. You can definitely whittle down your opponents through normal combos, but flashy special attacks are at your disposal as well. The downside is that they take away some of your health. However, as long as you can avoid damage and bring the hurt, your health can be regained. 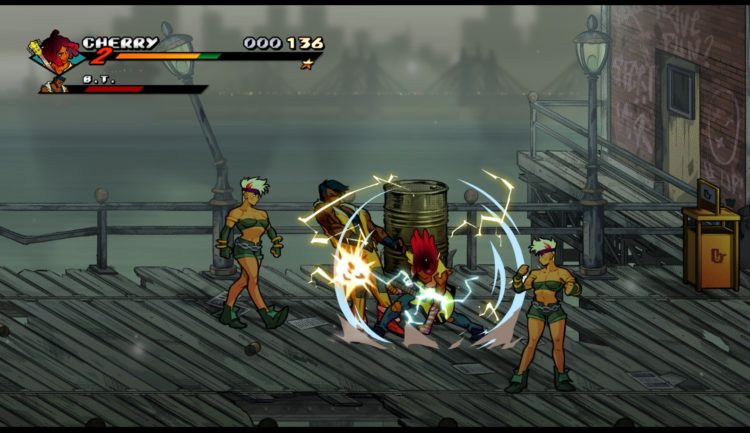 Streets of Rage 4‘s formula of risk and reward always make for an exciting duel. Do you overextend yourself to get rid of a foe quickly, or do you bide your time so as to conserve your health? Blaze’s style of quick attacks and aerial moves can be great for juggles and even escapes, while Floyd is all about brute strength over technique. The balance between the different fighters is finely tuned, and well-suited for a variety of playstyles. When all things fail, you can always trust the many weapons lying about.

The different foes you will face have their own variety of moves and patterns. That said, even the most dedicated fighters can be overwhelmed by sheer numbers. Streets of Rage 4 is not shy about throwing waves of foes at you. It’s not in an unfair manner, but more reminiscent of the days of old-school brawlers. By managing your movement and attacks, you can control the crowd. And it’s still an immensely gratifying sequence by coming out unscathed in each encounter. 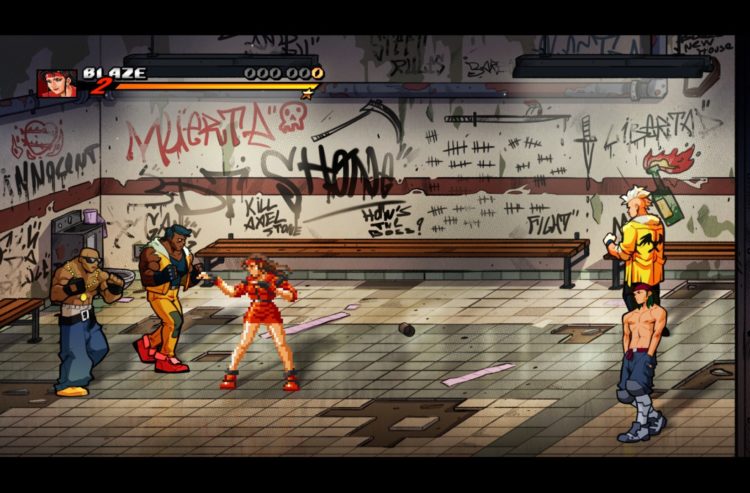 These lessons will hold you in good stead when you come up against the bosses in Streets of Rage 4. Once more made up of new and old faces, they are a step up in difficulty compared to the henchmen. While it is likely you will be in for a world of hurt during your first encounter, it is certainly impossible to learn their moves and counter them accordingly.

Aside from one or two situations where the game can lock you in between a rock and a hard place, the rest of the fights are fair bouts, to say the least. Certain bosses do have weaknesses that can be exploited by some of our heroes, and not just the modern ones.

The classic sprites are definitely here to fight hard. You just have to learn to utilize their strengths differently. Having the discipline to know when to stop your combo will help, especially with the original characters of the first game. The fact that decades-old characters still work in a 2020 release is testament to the developers’ keen understanding of the genre. 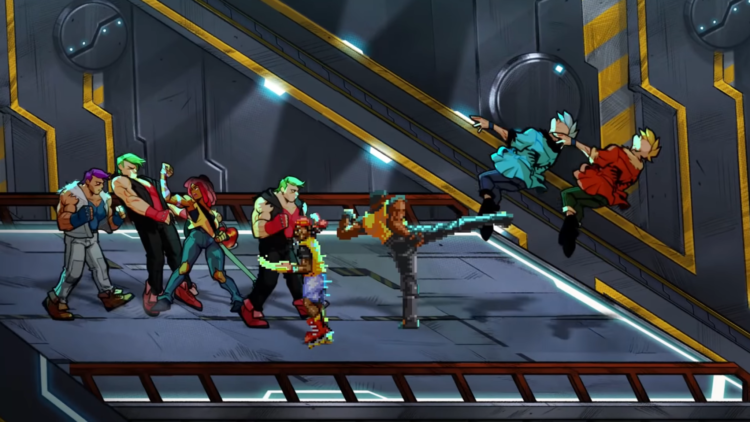 Moreover, Streets of Rage 4 is a reflection of the series. The transformation of the franchise can be easily understood through the lens of the characters’ evolution into their eventual modern counterparts. Be it a Grand Upper in sprite form or in the modern art style, Axel is always poetry in motion. Throughout Streets of Rage 4, eagle-eyed fans can easily spot many references to the older entries. Secrets are everywhere, and if you search hard enough, you might even go on a trip back in time.

The art in the game is also marvelous. From the hand-drawn main characters to the backgrounds, it truly brings Wood Oak City to life. Even the cutscenes in-between levels are a sight to behold. They truly conveying the message that this is a vibrant comic-like world we are in, and it is a pleasure. Now, if only we had some kickass voicework for the diverse cast, then Streets of Rage 4 would be an instant classic. 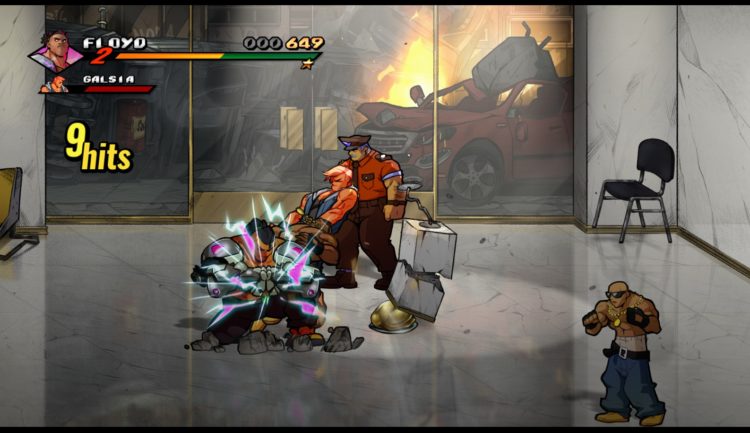 It also certainly helps that Streets of Rage 4 features the awesome music of both Yūzō Koshiro & Motohiro Kawashima, the original composers of the series. Not only do we get to enjoy their musical chops, other talents like Olivier Derivière, Harumi Fujita, Scattle, Das Mörtal, Groundislava, and XL Middleton all contribute to a banging soundtrack that just keeps the adrenaline pumping. If you are searching for a truly retro experience, the developers got the fix. Throw on the music of both Streets of Rage and Streets of Rage 2 (there’s an option to turn retro music on at any time in the menu), and you have the perfect backing tracks to sweep the streets clean of vermin.

Of course, you don’t have to enjoy Streets of Rage 4 alone. Supporting local co-op for up to four brawlers, or online for two, you can team up to enforce the street justice the ruffians deserve. The game definitely doesn’t get much easier with more allies, but it sure gets more manageable in terms of numbers. The kicker is that eventually, it all comes down to who has the highest score, and that is always an enjoyable race to be had in a brawler like Streets of Rage 4. 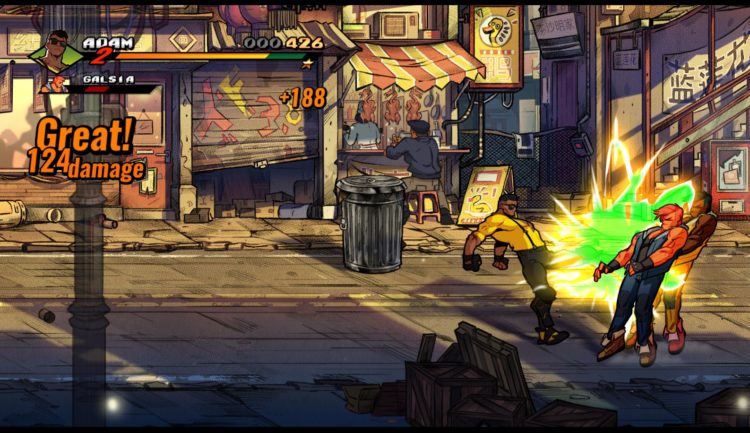 When the main campaign is done and dusted, and scores have to be settled, the return of Battle Mode is a suitable panacea. There is no point arguing who is the best when it comes to walloping the AI. An all-out fight between pals is the only suitable solution. Having Battle Mode is the absolute cherry on top of an already mouthwatering cake.

Besides settling your beef, Streets of Rage 4 packs the ever-challenging Arcade mode into the mix. Do it old school and see if you can survive the entire game with no continues. Or to see if you really have what it takes, take on Boss Rush mode and see if you can outlast the best the Syndicate has to offer. There is plenty of replay value here. Considering the main Story mode takes about two hours or so to complete, you can enjoy every stage and ensuing action and drama with all the different fighters you unlock within a reasonable amount of time. Mania mode difficulty also makes the return, if you’re a true glutton for punishment. 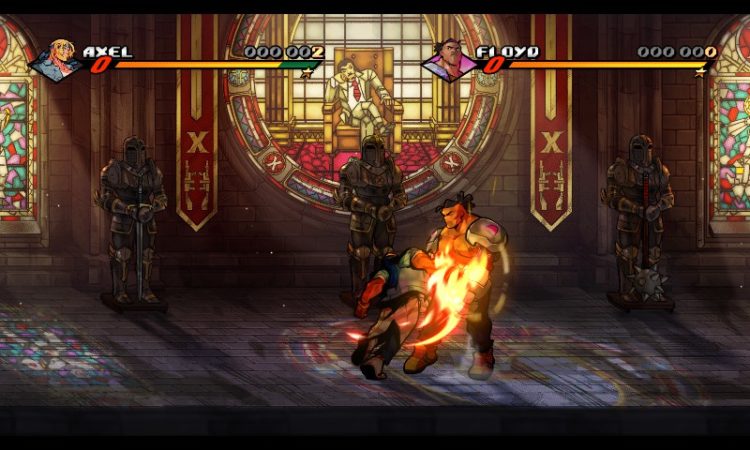 Take back the streets

The side-scrolling beat ’em up genre might have been a flickering light for a while, but Streets of Rage 4 has arrived with a thunderous bang. The phenomenal soundtrack, the stupendous artwork, and the proven formula of enjoying punching the daylights out of bad guys just do not come any better. Add in a healthy helping of nostalgia with the many classic characters, the nods to its history, and the retro soundtracks, and this breathtaking sequel simply becomes a must-play for anyone looking for a good fight.

The classic beat 'em up franchise made modern.
9

A stunning modern sequel to a classic series, Streets of Rage 4 delivers great combat, wonderful music, and guaranteed enjoyment every single time. Once you get stuck in, you will be coming back for seconds.

Buildings Have Feelings Too review — This game needs to be demolished

By Kurt Perry9 hours ago
Reviews