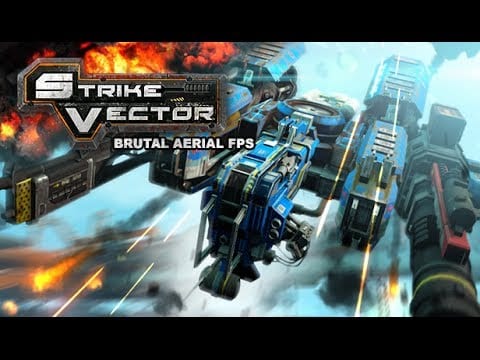 Strike Vector has launched on Steam today for lovers of shooters and games where you get fly about at ludicrous speeds.

This is a game that will appeal to shooter fans who like fast action and classic style FPS weapons, only this time they’re bolted to customisable ships. The game can be played in either third person or in the cockpit view with each view having their advantages depending on what manoeuvre you’re trying to achieve to take out other players.

I recently took the game for a spin and it’s pretty fun, as long as you know what to expect. It’s hard to classify though, it’s not a shooter in the traditional sense due to the fact you’re flying about, but it is fast.

Let’s also not forget the game will be receiving free DLC updates from developer Ragequit which is also a big plus. It’s always hard to tell with games like Strike Vector whether they will last and keep a vibrant online community but that extra free content may hive it a fighting chance.

The game is available now on Steam with a 20% discount and if you’re still not sure about it, check the trailer below and also the video which I recently out together demonstrating some of the features.