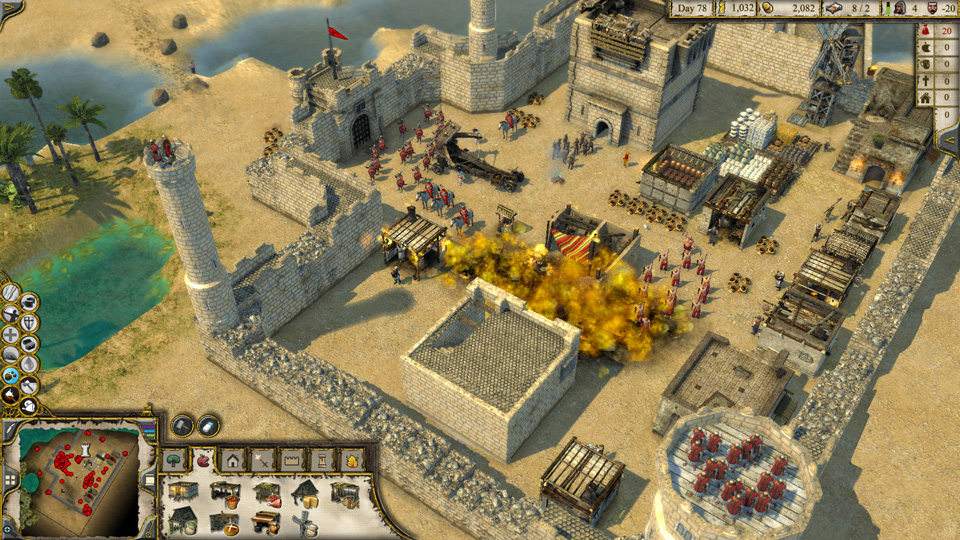 We were starting to wonder about Stronghold Crusader 2 and exactly when Firefly would be ready to release the strategy.

Firefly has now stated that the game will release this summer and that they will only release it when it’s “ready”. The team have been hesitant to reveal a release date, they want to make sure the game “lives up to the Crusader name” so as not to disappoint the fans of the long running series.

“With the game in its current state we can spend extra time tuning and tweaking the various new units and siege equipment that will soon be storming other players online. It will also mean we have enough time to reduce the number of bugs and crashes right down before launch and refine the core gameplay loops that make it fun. We know players are eager to get their hands on the game, but Crusader 2 must be fun, stable and complete at launch.”

Well said. Nice to see a developer caring about releasing a game that’s not riddled with bugs. You can find out more about Stronghold Crusader 2  on the updated website.