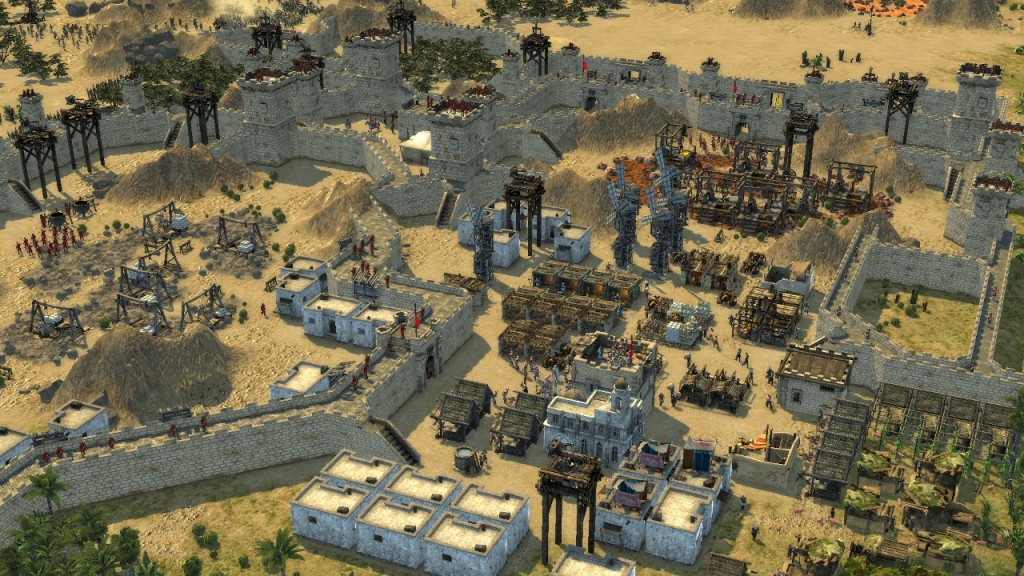 Stronghold Crusader 2 has just received a new patch, but the most interesting thing about this isn’t the fixes – it’s the free new map.

The patch contains a slew of bug fixes, a few balance changes to particular maps (and trebuchets now do half the damage of before), and some additions – like wells having a minimap icon, troop command buttons having tooltips, the addition of anti-cheat protection, and the official website listing all building and unit stats – but it also contains a new skirmish map, called The Breath of Life.

This is apparently just the start of free additional content for Stronghold Crusader 2. According to a post on the official site, while the team at Firefly are still working on fixes and optimisation, we can expect more features and more free content in the future. AI characters will apparently be paid DLC, but the majority of extra content will be entirely free.

The latest patch (and the new map) should download automatically the next time you log into Steam.

By Jason Rodriguez3 mins ago
News