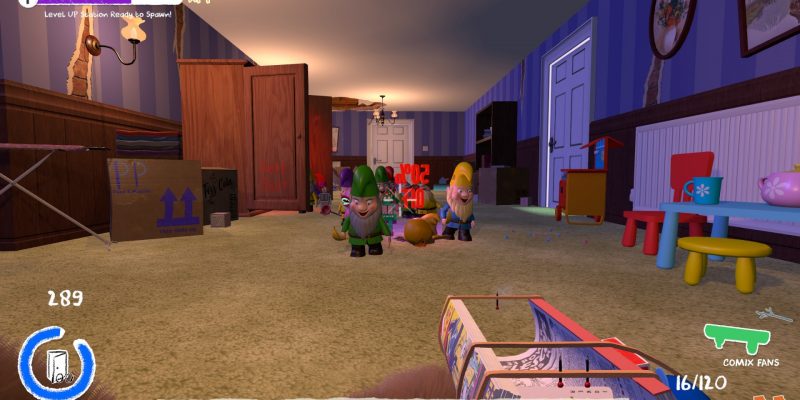 There’s always something fun about playing a pastel game about childhood toys which come to life. Stuffed, an upcoming first-person wave shooter, handles the aesthetic differently than most other games have. The game is set to enter Early Access later this year, and I got to put some time into a beta version to see how it’s shaping up. You might remember the game from when we interviewed the team behind it late last month. Suffice to say, there’s some toy-blasting FPS fun to be had here. And the grenades are bags of popcorn. Who doesn’t love popcorn?

Stuffed is set to launch with just a multiplayer horde mode, but it’s got some unique wrinkles. You play as a cuddly teddy bear that lives in a house. But closets turn into red portals and evil toys start pouring out of them to attack the place. Their apparent goal is to break down the door of your owner. As such, you want to protect the door at all costs by mowing down the enemy toys as they march upon it. Dispatching foes grants you points that can be used to purchase new weapons and unlock doors in the house. This gives you more room to maneuver, as well as more items to purchase. You can pick up repair kits that let you fix any damage the door has taken.

You’ll also fill up an experience bar as you take down enemies. Once the bar is full, you can summon a device that lets you level up. Each level grants a skill point, which you’ll use to obtain perks that are randomly selected when you call the machine. But you need to be quick, or enemies will tear you apart before you’re able to finish. Perks vary from increasing health, damage, speed, or ammo capacity, among others. You want to survive the night, which is made up of several waves. Completing a night will allow you to teleport to the next in another procedurally generated house. 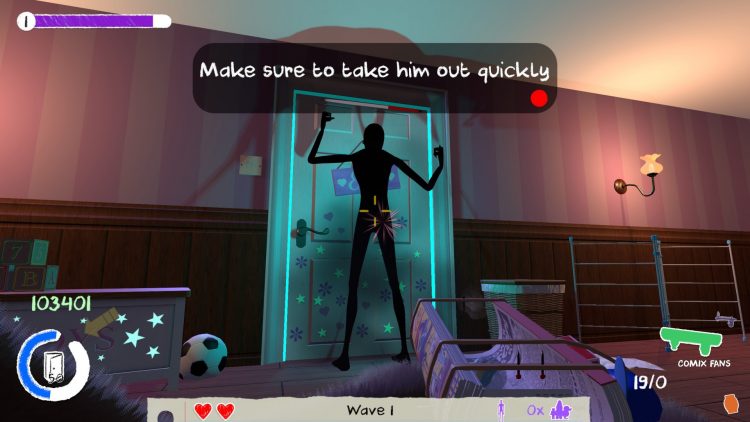 Gnome is where the heart is

Enemy toys are made up of garden gnomes, little robots, rubber duckies, and more. One enemy in Stuffed is even inspired by the Weeping Angels from Doctor Who. As you likely guessed, they only move when you’re not looking at them. Guns are cobbled together from random childhood items. The machine gun, for instance, is made with comic books and fires playing cards rapidly. You go through ammo quickly, however, so it’s necessary to keep an eye on how much you have left so you can buy more when you need it.

Visually, Stuffed nails what it’s going for. The toys look just as they need to, and the rooms themselves are bright and colorful, too. It’s also cute seeing the bear’s fuzzy arms as it frantically reloads its weapons. There’s no word yet on exactly when players will be able to get their hands on the Early Access release of the game, but we’ll have more on it when it becomes available for sale. I wonder how much you’d need to pay a stuffed bear to protect your room from a mob of toys? 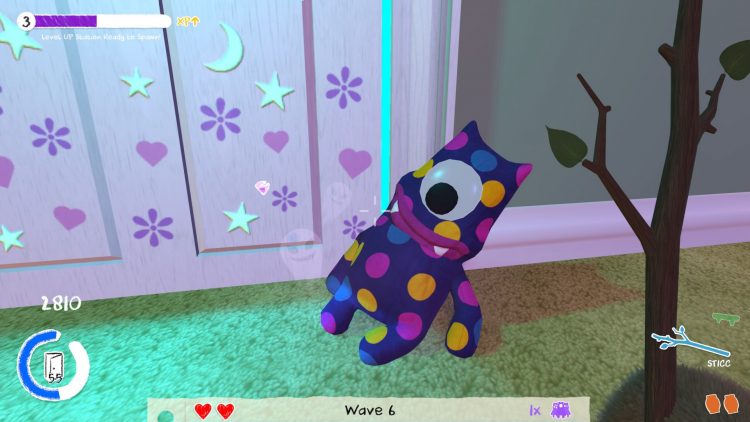 Solasta: Crown of the Magister review — A treat for Dungeons & Dragons fans