Here’s the good news: Styx: Master of Shadows is better than this year’s Thief game. If you’d told me a few years back that a third-person stealth title from Cyanide would impress me more than a genuine Thief title from the same studio (kind of, different team) who did Deus Ex: Human Revolution, I’d probably have sent you packing back to your weird parallel dimension.

Except the parallel dimension turns out to be here, and while Styx certainly gets a whole bunch of stuff wrong it may just about be worth a punt for the stealth-starved player.

Every place you see here can be reached by traversal of some sort, which is marvellous.

Styx is apparently a prequel of sorts to the RPG Of Orcs and Men. Having not played that game I can’t really comment on how well (or poorly) Styx might expand the established narrative, but if Of Orcs and Men gives players a primer on stuff like World Trees and the magical properties of amber then it may aid in the understanding of this game’s rather convoluted story.

Thematically, there are (eventually) some pretty interesting ideas here. But it’s clumsily framed and until the Big Reveal™ around the half-way point I was worried it wasn’t going to make any kind of sense at all. It does. You just have to be patient and put up with a lot of bad jokes about people’s balls first.

Unfortunately, at the precise point where the story begins to make some sense, Styx begins to test your capacity for tedium by heavily recycling its level layouts. There are eight levels in the game if you include the fairly hefty tutorial, each one broken up into three or four (usually four) stages. That’s about 32-35 different stages, right? Nope. It’s about 16 at the most, because almost every stage is recycled once and some appear as many as three times. The guard layouts change, of course, but the level architecture is identical.

There are also multiple sewer levels, which definitely gets you a day in videogame level design court at this point.

Get used to some of these rooms. You’ll be seeing a lot more of them.

That’s kind of a bummer, because until the deja vu kicked in and I didn’t witness a single fresh stage during the game’s concluding eight hour stretch, I was having a reasonable enough time. Styx puts you in control of a little goblin (or rakash, to use the game’s parlance) assassin, with the small stature to hide in shadows and under tables, the nimbleness of body to leap between ledges, and enough vicious energy to eviscerate an unaware guard with his dagger.

You also have the ability to turn (very briefly) invisible, spy useful objects with your Amber Vision (impressively, you don’t get to see guards through walls until a late-game unlock) and, best of all, to spawn a disposable clone of yourself who can distract guards or pull off a neat distraction double-act for you. These powers can lead to some delightfully devious emergent gameplay, as you use a clone to lure a guard under a chandelier, switch back to a waiting Styx, then unhook the rope to crush the hapless fellow. Or use your aerial kill power to cushion a fall you wouldn’t ordinarily survive.

Moments like that highlight Styx at its strongest, combining a little of Dishonored’s verticality of level design with the ‘accident’ mechanic of the Hitman games. There’s a bit of early Thief in there too, with the ability to extinguish torches at distance (with thrown sand) and remain hidden in shadow. Guard AI is pretty reasonable, able to re-light extinguished torches and hunt around under low surfaces when alerted. As is befitting of such a sneaky game, Styx knows to steal from the best.

Having your clone vomit on food supplies is also a delightful way to incapacitate guards.

Though the missions are divided into different stages with a loading screen between each and your task tends not to stray far from travelling from Point A to Point B, the journey is a whole lot more open than, say, Hitman: Absolution’s awful stealth corridors. Styx is also kind enough to tell you when you’re about to pass through the point of no return, which Thief (2014) seemed to struggle with.

You’re given the freedom of the stage to move about in, and the game tends not to be too stingy in providing convenient hand-holds for climbing to higher vantage points. If you come across a dangerous, well-guarded area there’s a reasonable chance (especially in earlier levels) that there’s a clever alternative route (or two) to try. Judicious use of your amber-based powers, or the more straightforward Styx arsenal of throwing knives, can often open up passage through a zone as well.

Where Styx suffers in comparison to titles like (early) Thief or Dishonored is in creating a sense of genuine place with its levels. When Thief 2 did a docks level, you got the incredible “Shipping and Receiving,” complete with plot-serving Mechanist warehouse, a pirate ship sub-plot and all the stories surrounding each storage unit. In Dishonored, a dock level means infiltrating a slaughterhouse in the DLC mission “A Captain of Industry,” learning more about the grim business of whale harvesting and the economic heart of the city. When Styx does a dock-side level it dots some cranes and crates around the place, adds a few dock worker NPCs and calls it a day. It feels like what it is; set dressing.

A full map for one of the stages. They tend to be larger than the plan indicates, due to the vertical spaces.

In part this is probably because Styx doesn’t bother with any readable items, so you could argue that it’s not trying to be the kind of game which builds a world through environmental exposition. But some fairly limp guard conversations suggest that it is trying to do this, so by not making exploration more worthwhile the game misses a big opportunity. Yes, you can still divert from your main goal (and turn off the quest arrow too, which is a welcome option) but though the secondary quests are mildly diverting and worth useful points for levelling up, the only other motivation to search around is for meaningless collectible trinkets.

Searching around too much can also get pretty dangerous. I’m thankful I accidentally stumbled across the quick-save key (F5, if you’re wondering) because I abused the hell out of that thing. Towards the latter stages, Styx’s idea of injecting difficulty turns into shoving four or five guards in a room, already on alert (they’ve been told to watch out for you) and removing any alternate paths. Even before this point, the game is bursting with guards. I wasn’t trying to play especially violently, but the achievement for murdering 200 people popped up barely half-way through.

Fail states in stealth games need to be flexible and enjoyable, because you’re going to be running into a lot of them. Styx kind of screws this up by forcing you into a one-on-one dueling mini game whenever a guard catches you up close. Beating one guy in a duel is no problem, but since each level is stuffed with guards you’ll mostly just attract more people to mob you to death. It’s sometimes possible to leg it and hide out in the rafters for a while, but that auto-lock duel means more often than not you’ll just be reloading a save rather than executing a daring and interesting escape.

Rapid escapes are further hindered by Styx’s fairly iffy climbing mechanic. The decision to go with (outside of leaping between specific handholds) a free jumping system rather than a contextual “press B to jump here” one is admirable, but it needs to function better than this. Styx is awfully temperamental about when he’ll go into his grabbing a beam animation, sometimes latching on with sticky aplomb and sometimes just tumbling to his death for no apparent reason. The same applies to the game’s rather odd system of demanding you nudge yourself slowly off a ledge to make him auto-grab on. Except when he doesn’t and tumbles to his etc.

Incidentally, this only gets harder with the mouse and keyboard controls. A name brand gamepad of some sort is highly recommended.

Animation and physics glitches also rather betray the budget nature of this title. Rather too often I’ve quietly chocked a guy to death, only to have his body explode away from a nearby wall with some considerable force, propelling him from the carefully chosen shadows and into the vision cone of a patrolling guard. Styx has got himself stuck on mid-air objects a couple of times, and I’ve occasionally seen the AI guards sliding and teleporting around the place.

Since we’re on the topic of annoyances, it was pretty disappointing to find that giant mutated cockroaches and floating magic skulls get along just fine with human guards when I lured the two together. It’s just Styx they all hate, apparently. To balance this ire, I will say that whoever is voicing the main elf ambassador sounds quite a bit like Alan Rickman and this amused me every time he spoke. Elves in this game have a pleasingly unusual look, too. Sort of a cross between Dhalsim from Street Fighter 2 and Avatar’s Na’vi.

The cut-scenes do go a bit Kick-Ass 2: The Game at times.

At its best, Styx will show you an open level with multiple vertical pathways and opportunities to wreak stealthy havoc with your array of RPG-light skills. At its worst, you’ll see those levels all over again, rammed with perma-alert guards, and submit your quick-save key to the most awful punishment as you get paranoid about Styx’s ability to hang on to a simple ledge.

It’s a game I want to applaud for, in many ways, being indebted to the punishing tradition of early stealth titles. But the uneven presentation (the music is wonderful, while the storyboard cut-scenes and dialogue are often quite awful,) embarrassing reliance on recycling levels for the entire second half of the game, and any number of other glitches and frustrating quirks left me with serious reservations.

Battlefield 4: Premium Edition to offer all the battlefield you need

Dragon Age: Origins is free on Origin until 14 October 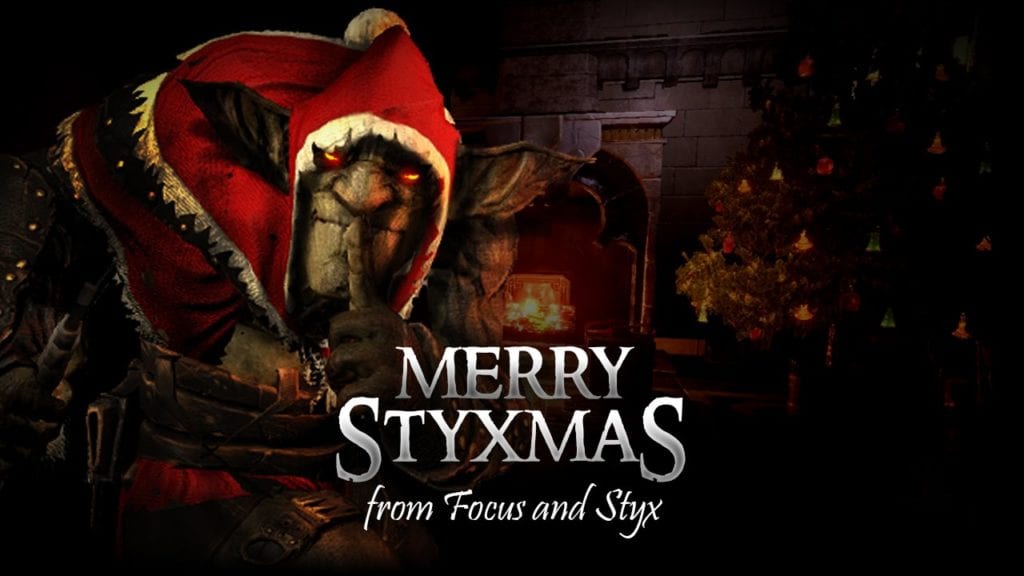 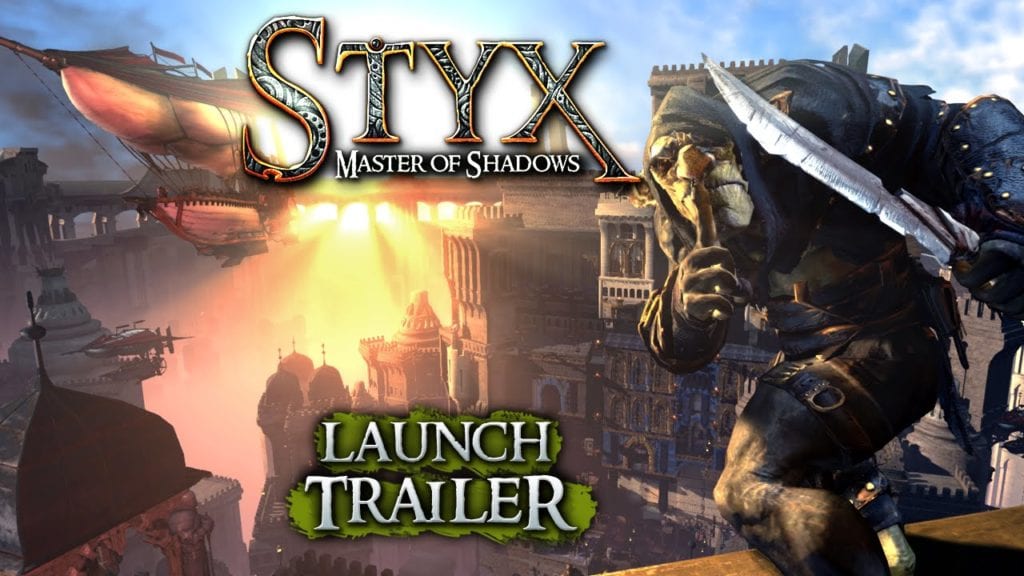 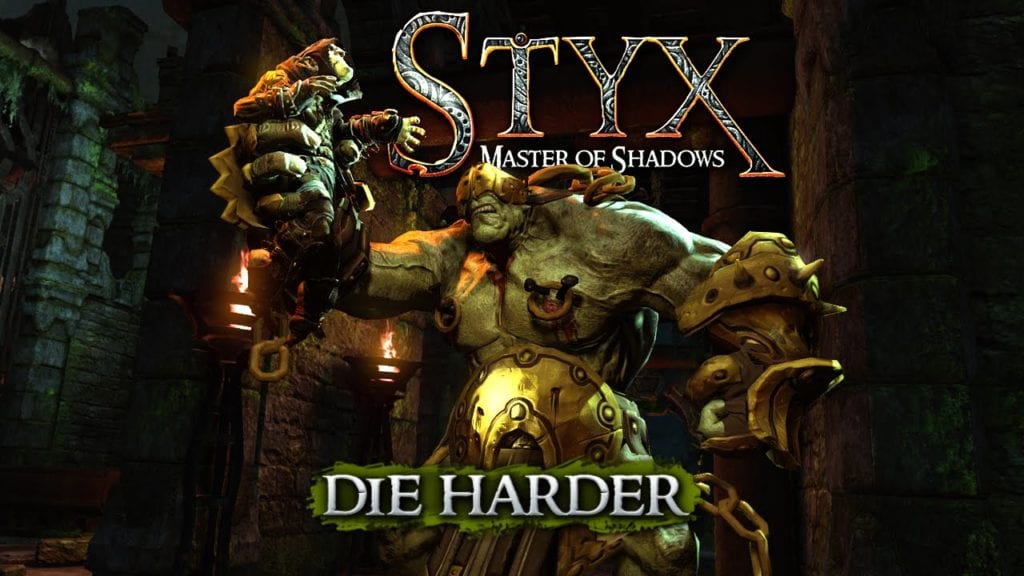 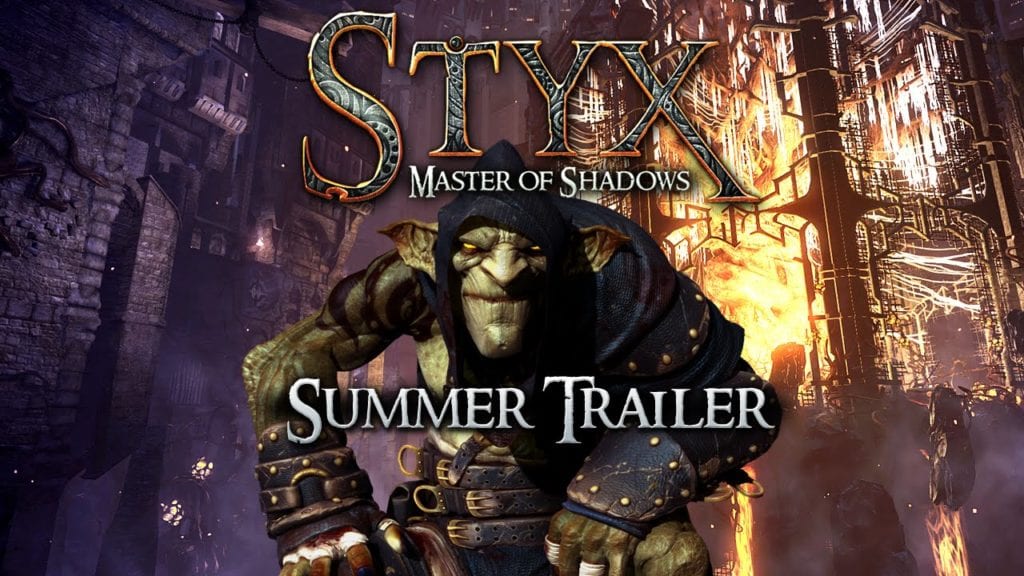 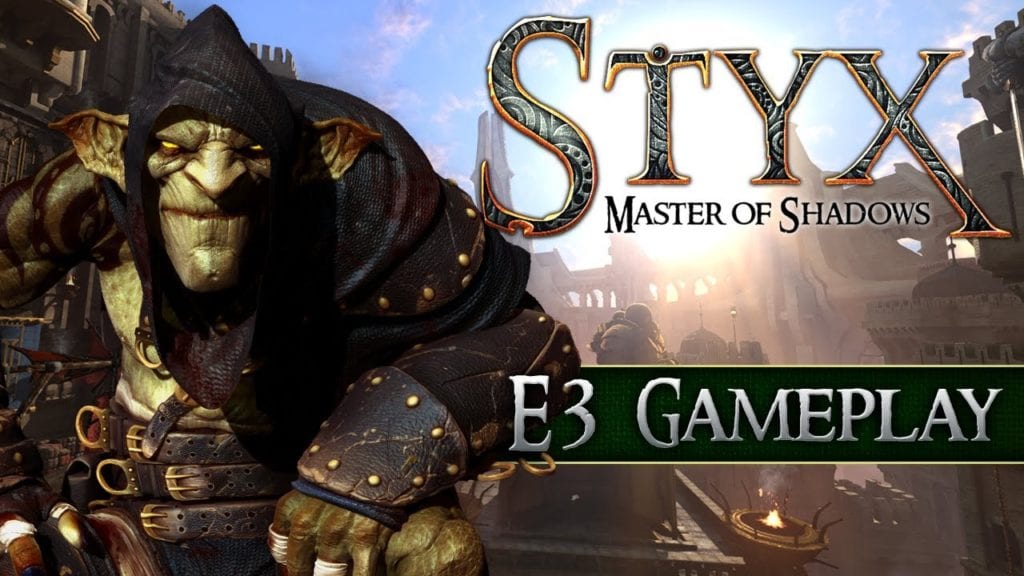