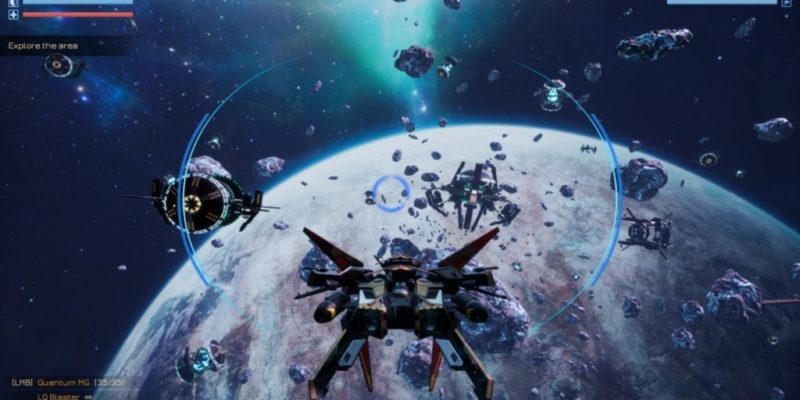 Originally debuting as a mobile game on iOS and Android, Subdivision Infinity was warmly received by players and critics. It currently sits at a 4.6 / 5 on both of those platforms. With its success, Crescent Moon Games (together with MistFly Games) decided to bring the 3D space shooter to PC as Subdivision Infinity DX. It finds a welcome home on computer, as the mouse and keyboard controls make it comfortable and easy to play. DX also comes with a good-looking upgrade in the graphics department, and I would have no idea the game came from a mobile platform had I not been following its development.

So, does it fly higher on PC? Or does it just get lost in the space?

Space is far from the only empty thing

Those eager for interstellar adventure assume the role of a pilot contracted to help uncover what happened at a space station that’s gone dark. When you arrive, a stoic, fact-centered robot, AV2, greets you. Through trying to reestablish the station’s communication, the player learns that local mercenaries are after the very destructive Element-122, and they have combed several star systems to get their hands on it. When communications come back online, you find yourself under the command of the military force Subdivision Infinity. From there, you track down the mercenaries and try to put a stop to their plans. 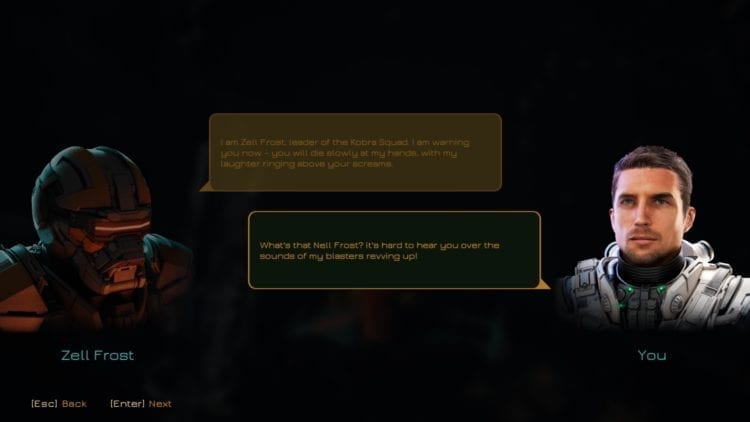 This plot is just enough to lay out what you’re doing and why you need to do it. While it’s not incredibly deep, I never questioned why I was ambushing an enemy or looking for survivors. Reasons for the mission and the details about them are ample enough to never be confused. The downside is that some interactions can be outright unbearably bland. Jokes and personality tried to be injected into the characters, but the humor is rarely very funny (coming off as forced and unoriginal) and the characters themselves feel generic. This is especially true of the main protagonist, who was the least interesting of the cast. Luckily, the story and characters don’t hinder the otherwise great gameplay.

Where the game soars

Subdivision Infinity DX is a 3D space shooter, and a darn good one at that. Its controls are simple to learn and easy to become good at. Because of that, I’d say a first-time player can pick it up just as easily as a veteran. WASD will move your craft forward or strafe it to either side. Your mouse points your ship in whatever direction you’d like to go. The mouse is also your aiming mechanism for your variety of weapons. I found the maneuverability of the ship insanely easy as well. I could weave between asteroids or breach narrow gaps between machinery with ease. This was helpful during enemy encounters. I could get away while my shield recharged – or just show off when my victory was certain.

Typically, in space shooters, you’ll aim your cross-hairs in front of an enemy ship to anticipate their movement, but Subdivision Infinity DX gives you a reticle to aim at that accounts for this. This is a feature I quickly came to appreciate, especially when caught in the middle of a bunch of mercenaries. The game is filled with a lot of little features like this that make the game accessible for players of any skill level. 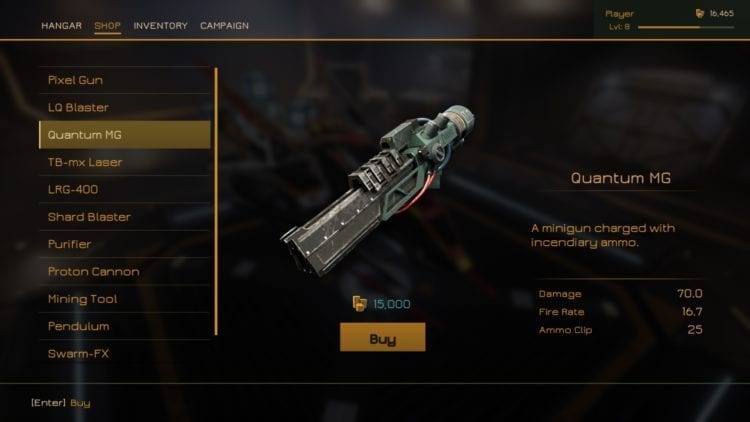 When you’re not flying around enemy- and debris-littered space, you live in your hanger. Here you can purchase new ships, weapons, and consumable items. Standard ships can be bought outright with money, but there are a few special ships that you can obtain by exploring the various star sectors and looting them for blueprints and resources. You can also evolve each of your ships using kits found either in the campaign or by exploring. So, if you like your ship but keep finding yourself destroyed in dogfights, you can upgrade it to gain a bit of an edge. Evolving your ship also gives it a sweet cosmetic upgrade!

Most ships let you equip two main weapons in addition to a missile launcher. Primary weapons come in the form of guns with a high rate of fire and low damage, slow-moving projectiles that pack a big punch, and everything in between. Given that you can pair two, you’ll likely find a combination that’s comfortable for you. I found that I preferred my main primary weapon to deal a lot of damage at the cost of speed, and I backed it up with a machinegun that deals incendiary damage.

Similar to the ships, you can upgrade weapons a total of five times. Maxing them out doesn’t take much more than money and a few components easily found while going through the story. It never requires you to take part in the Exploration mission to hit the highest level with your favorite gun. Though, that could be is a missed opportunity to encourage the player to feel out more of the game. Again, I think that’s helpful in making the game something players of any skill level can pick up, but it comes at the cost of preventing hardcore players from having more of a challenge.

Ship and weapon variety is also fairly small, but it’s easy to argue that it matches the length of the game. It still would have been nice to add a bit more content so that the DX version of the game is more than a prettier rework of Subdivision Infinity. 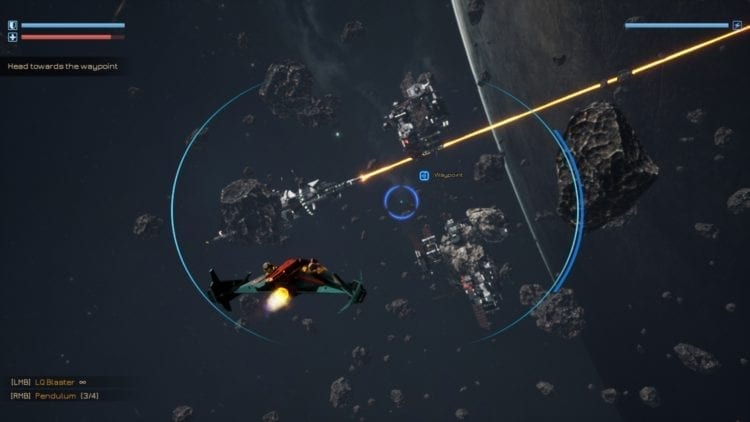 Subdivision Infinity DX is not a particularly deep game due to its mobile roots. While someone looking for systems to master and economies to micromanage may find this a deal-breaker, it makes it very easy for newcomers to pick up. If you’re looking for your first 3D space shooter, Subdivision Infinity DX is a great place to start. If the story is a big selling point for you on a game, don’t expect too much here. You’ll know where you’ll need to head, who you’ll need to shoot, and what you’ll need to do after. Apart from that, characters are shallow in their depth and there is nothing intriguing happening in the world (apart from the main story) that makes you want to exist in it for more than the 5 – 10-hour story.

If you can throw the story and its unexciting characters aside, there's a fantastic, entry-level space shooter here to be played.