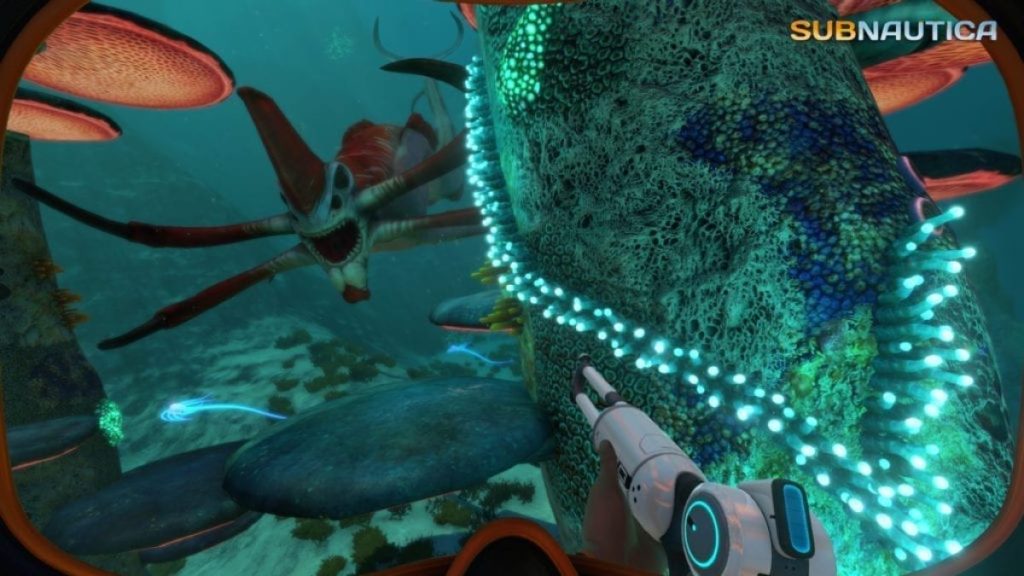 Subnautica, the underwater survival/horror game, is now free on the Epic Games Store. It’s the first free game offered by the new platform, which is looking to stay competitive by advertising two complimentary games per month.

You have two weeks to claim your copy of Subnautica. After December 27 at 8:59 PST, or 11:59 EST, the offer is rescinded, so you better jump on the deal while you have the chance. Afterwards. it’s replaced by the hard-as-balls (but still awesome) platformer Super Meat Boy, which will also be available for free for two weeks.

After installing, the game can be played separate from the launcher itself, unlike Steam. This should circumvent any DRM concerns usually associated with Valve’s platform. Sergey Galyonkin, director of publishing at Epic Games, clarified Epic’s stance with the technology earlier this week via Twitter. In the Tweet, he explained that Epic “didn’t want to create a DRM just for the sake of preventing piracy. It hurts legitimate consumers more than pirates.”

In other words, once you have the game installed, you can just start it up by opening the executable. No more booting up the platform in order to enjoy your games. This is probably a fairly important difference for some users, but I actually don’t mind going through the platform first. Still, bypassing the step is an attractive concept in this post-digital platform age, isn’t it?

Many of you probably heard the hype surrounding Subnautica. Despite many of us drowning in a sea of trope-heavy survival games, Subnautica took the concept a little, ahem, deeper. Stranded on an ocean planet following the destruction of your ship, you must survive by capturing and cooking fish, purifying water, and slowly scouring the environment for sunken crafting plans to build tools, submersibles, and structures. This isn’t a “stuck on a deserted island” scenario; everything is done underwater. The crafting is intuitive, the world itself, gorgeous and colorful.

And it doesn’t shy from lacing horror into the mix. Sure, the adorable fish that make the world their home seem harmless enough. But the bellow of a nearby reaper leviathan, forcing the hairs on your neck to stand, quickly reminds you that the deep parts of the ocean can be a dark and unforgiving.

There’s also a standalone expansion coming to early access. Subnautica: Below Zero will be out some time next year, and brings a new, frozen environment to explore.

You can pick up Subnautica for free at the Epic Games Store by following this link. Have fun out there in the blue, but don’t forget: there’s always a bigger fish.