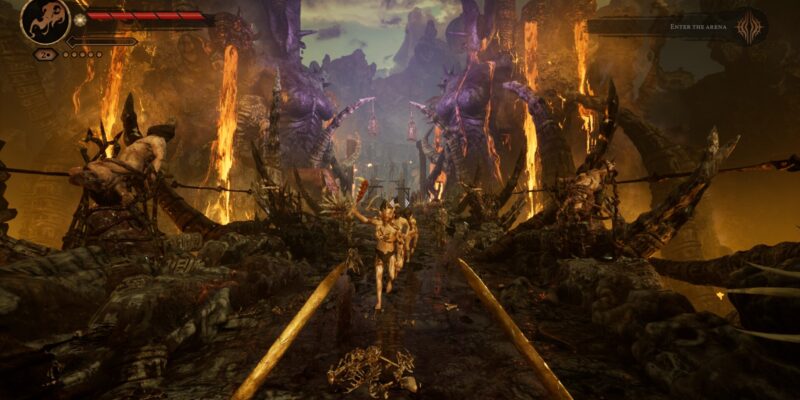 Succubus is out today and brings with it hours of sheer violence and some truly distasteful content. There’s a lot to keep your eyes peeled for, so here are some Succubus tips to chop in half in front of your friends. Here’s an extra short one: if all else fails, hit it ’til it dies.

You may have to use finishers on enemies to get health back, but that doesn’t extend to the older folks and demon babies you see around the levels. Hitting or using push on either of these will instantly kill them and give you some health back. It’s useful for when you need a bit of an extra pick me up before you head back into the fray.

It can be tempting to use finishers constantly, but many of the levels in Succubus require you to complete the levels under certain times for side objectives. Once an enemy starts glowing yell, they can be finished by using push on them. But, that also means that they’re simply about to die. If you’re in a hurry or simply don’t want to drag things out too long, feel free to just keep bashing everything that moves until it stops doing that. 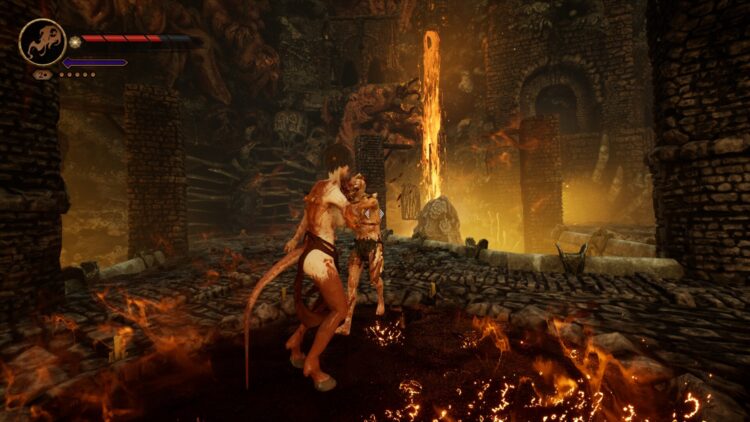 Pull eggs to you instead of kicking them around

Moving eggs to certain places is one of the most annoying things in Succubus. There’s no easy way around this, but it makes more sense to pull the eggs directly toward you instead of kicking them to their destination. For one, kicking them can cause them to detonate. If the ground has an incline, that also makes it more difficult. It might take a few pulls, but this may help lower your frustration some.

You don’t need to worry about damage for mobs

It can be tempting to go out with your most damaging weapons when a mob shows up, but it doesn’t really matter. Even the weakest weapon in Succubus is enough to put them down without much issue. Simply use whatever you want and pull out the better weapons for tougher enemies and bosses.

Chorts seem like a pain, but all you need is a sword to make them a cakewalk. The sword’s (or any weapon that allows you to charge up for a stronger melee attack, save for the staff) charged attack will stun a chort no matter what. Even better, you can start charging up right after hitting them and then hit them again, thus stunlocking them to death. Not so tough now, are you? Although this works well, if you don’t time it right, the chort can easily get a hit in and do some serious damage, so you may want to duck in and out of its range to be on the safe side. 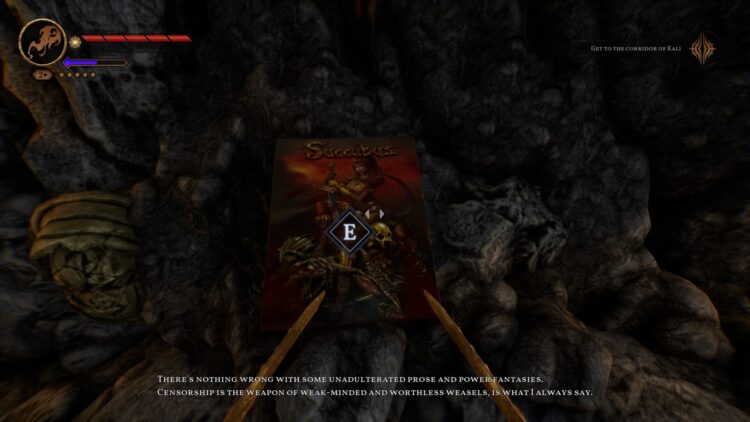 You can actually read those comic pages

You’ll find a lot of comic pages in Succubus. This isn’t obvious right away, but there’s a spot in the lair in the same area as the bedroom and wardrobe that allows you to read a page of a comic for each page you find. Don’t forget to go check it out once you’ve collected all the pages.

That’s it for our quick Succubus tips. Also, don’t waste your souls on crappy weapons. You may as well save up for the better stuff.

Samudra review — To the bottom of the sea