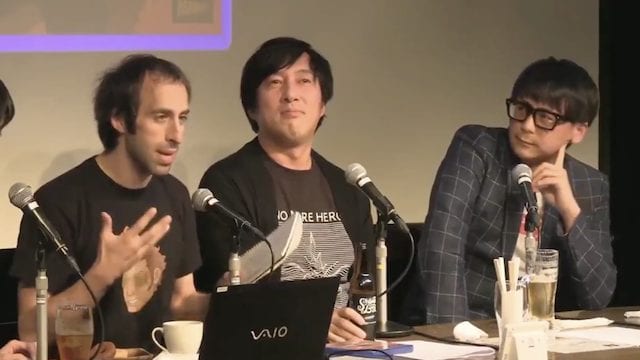 Goichi “Suda 51” Suda and Hidetaka “Swery” Suehiro are two of the most talented game producers out there. Between the two of them, we’ve gotten such gems as No More Heroes and Deadly Premonition. But what would happen if they decided to work together? It looks like we’ll find out. In a livestream hosted by IGN Japan earlier today, the duo confirmed they are working together on a new horror game. Suda suggested the perhaps tentative title of Hotel Barcelona.

What can we expect from the team?

The translator explained that the team wanted to produce an indie horror game, rather than something on a big budget. And apparently, they have Devolver Digital on board as a publisher… or so we think. The official Devolver Digital Twitter account didn’t know what was going on, based on the tweet below.

The project reportedly has a $1 million budget, and Suda 51 did spill some of the beans on what he has in mind. He noted the PlayStation 2 game Siren as an inspiration, with players being able to explore the hotel’s rooms. This would provide more backstory on certain guests, or possibly even other dimensions.

However, Swery added that he’s looking more for a suspenseful approach to the game, along the lines of the David Lynch series Twin Peaks.

There were other suggestions as well, like players getting in the game by sending in pictures.

At the moment, there’s little else known about the game. It doesn’t even have confirmed platforms, though Nintendo Switch, mobile, and Google Stadia are likely. But the duo will likely break down more information as the game enters development.

It is great to see the duo working together. And who knows — maybe Devolver Digital will confirm it’s on board someday, too? Stay tuned for more details on Hotel Barcelona or whatever it’s called.

Into the Radius, VR horror game, set for early access next month

By Mike Straw15 mins ago
Hardware