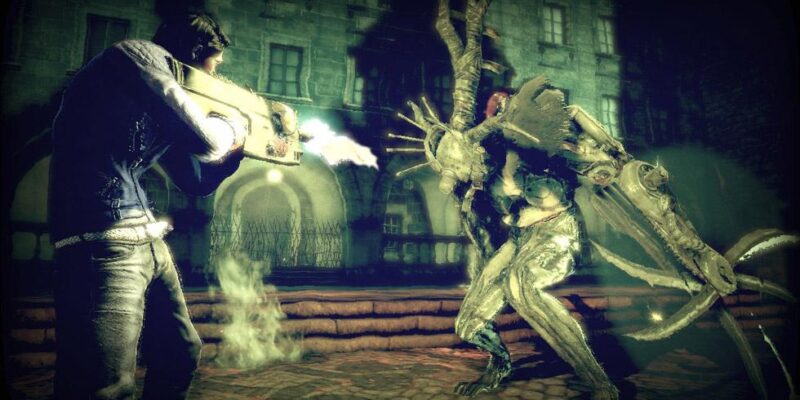 Back in 2011, famed game designers Goichi Suda and Shinji Mikami put out Shadows of the Damned, an action title that combined Resident Evil 4-esque gunplay with a decidedly punk aesthetic. Although the game received a positive reception overall, both Mikami and Suda expressed frustration over the development process, noting that EA pushed them to adopt a radically different vision compared to what they originally intended. This does not mean that Suda specifically has given up on the IP entirely. In fact, Suda confirmed in a recent interview at Destructoid, our sister site, that he could work on a new game that incorporates IP that Grasshopper Manufacture already owns, including Shadows of the Damned.

In this interview, Suda also mentioned that a potential new game could feature one or more of the characters included in his most recent title, No More Heroes III. These characters include New Type Kamui, Midori Midorikawa, and Notorious, all of whom made their debut in Suda’s previous work. Whatever this new game ends up looking like, it will likely not feature any No More Heroes characters or iconography. Marvelous owns the rights to No More Heroes, so Grasshopper remains limited in the ways it can utilize the IP.

Did Grasshopper always own the IP rights?

Contrary to what many may have believed, Grasshopper has full control over the Shadows of the Damned IP specifically, which has led to some confusion. The Destructoid article suggested that Grasshopper got the Shadows of the Damned rights back from EA, but the studio never truly lost them to begin with. Since the original game was part of the EA Partners Program, the IP “rights to the franchise remained with Grasshopper Manufacture and its parent company GungHo Online Entertainment.” Grasshopper’s ownership of the IP can be seen in one of Suda’s more recent works, Travis Strikes Again, which features an entire level that references the world and characters of Shadows of the Damned.

Last year, Shadows of the Damned was delisted from the Xbox Store, and February of this year saw the game’s removal from Xbox Game Pass and EA Play as well. This naturally prompted some speculation over why exactly this occurred, especially considering EA did not share an official explanation for the game’s delisting. But it seems reasonable to assume that it resulted from EA’s publishing rights to the title finally expiring. While this does mean that Shadows of the Damned has become more difficult to play in the short term, it also means the Grasshopper likely now has full publishing rights to the IP. Because of this, fans will likely see the game again on digital stores before long.

Suda’s interest in exploring Grasshopper’s IP more thoroughly will definitely leave fans speculating. But whether he plans to create a new Shadows of the Damned game altogether or simply wants to reuse its characters, the final product will likely end up interesting at the very least. Especially now, since Suda has assumed more creative control over his recent projects. The idea of seeing his true vision of Shadows of the Damned, fully realized and uncompromised, will surely leave fans’ mouths watering.