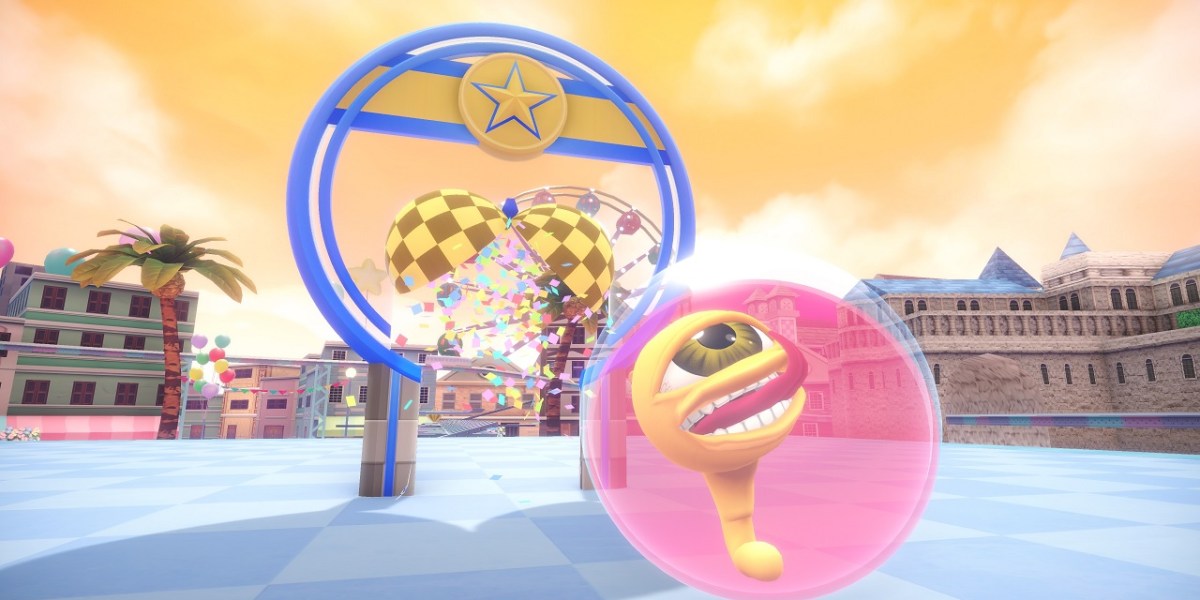 Sega has not shown any signs of slowing down the Super Monkey Ball Banana Mania hype train. A slew of brief trailers revealing playable guest characters have dropped in recent weeks, and each new reveal, for the most part, has topped the previous one in terms of sheer unexpectedness. Just yesterday, Sega revealed the incredibly popular Sanrio mascot Hello Kitty, the first guest character to come from an IP not owned by Sega. And now it looks like Sega has a few more third-party reveals left up its sleeve. The company just posted a trailer revealing probably the most surprising Super Monkey Ball Banana Mania guest character yet: Suezo from the Monster Rancher series.

Suezo’s trailer shows the cyclopean creature rolling through some of the tensest stages from Super Monkey Ball 2‘s base campaign whilst adorably sticking its tongue out. Every guest character revealed thus far replaces the standard banana collectible with an item from their home series, and in Suezo’s case, he collects spinning discs.

Just like with Morgana and Hello Kitty, players eager to play as Suezo will have to purchase it for $4.99 USD. Since Suezo and all of the other guest characters essentially serve as glorified cosmetics, some may feel reluctant to spend any kind of real-world money to obtain them. At the very least, unlike Hello Kitty, Suezo will only become available post-launch with a release date of October 19. Those staunchly opposed to Hello Kitty being day-one DLC may feel more comfortable purchasing Suezo instead.

The inclusion of Suezo in Super Monkey Ball Banana Mania will surely surprise many, and some diehard Monster Rancher fans may feel tempted to try the game out solely because of this addition. At this point, it looks like Sega will add virtually anyone into Banana Mania depending on what IP rights it gets a hold of. One can only guess what other crazy character reveals the company has in store.

Pathfinder: Wrath of the Righteous — How to respec or retrain characters