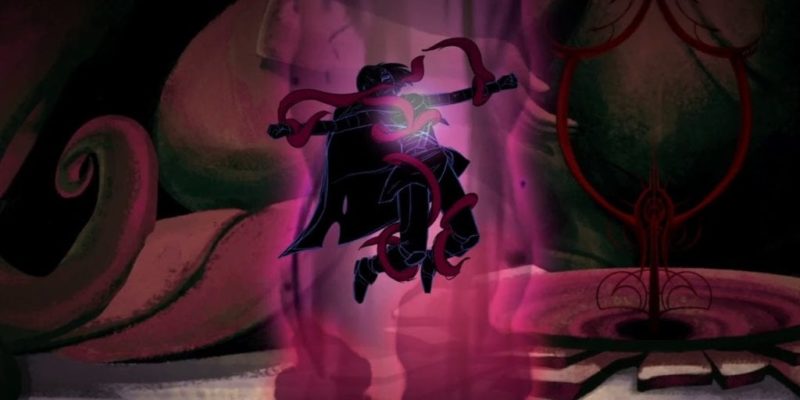 Thunder Lotus’ Kickstarter campaign for Sundered went up today, and already has half of the $19,000 CAD they are seeking. It’s a slightly atypical Kickstarter, largely doubling (by the developers own words) as a way to get people buying into a closed beta.

The funds raised will still be going towards the game; mostly, it seems, towards any additional development time needed. “Yes, we want your feedback, but we also need the money for development time to implement that feedback,” the section under ‘Why Kickstarter?’ reads. The Budgetary section also clarifies that while Sony are a marketing partner for the game, they are not funding it. Most funds are coming from revenue made on Thunder Lotus’ prior title, Jotun, and from a Canadian Media Fund.

Every tier (save for absolute lowest ‘tip jar’ type pledge) gets access to Sundered’s closed beta, with the minimum amount being $20 CAD (roughly $15 USD). The game is due for release in July 2017.

In Sundered, you play as wandering traveller Eshe, who is pulled into a cavernous world of hand-drawn (and dynamically generated) horrors. The game is ‘Metroidvania’ in style, with collected ‘shards’ allowing Eshe to level up skills, and seven specific abilities to obtain in order to traverse new sections of the world. Segments of levels will be procedurally generated, and there’s an option to embrace more powerful, corrupted versions of the seven abilities – but at a cost to Eshe’s humanity.

Zenimax seeking “vindication” over their VR IP claims against Oculus