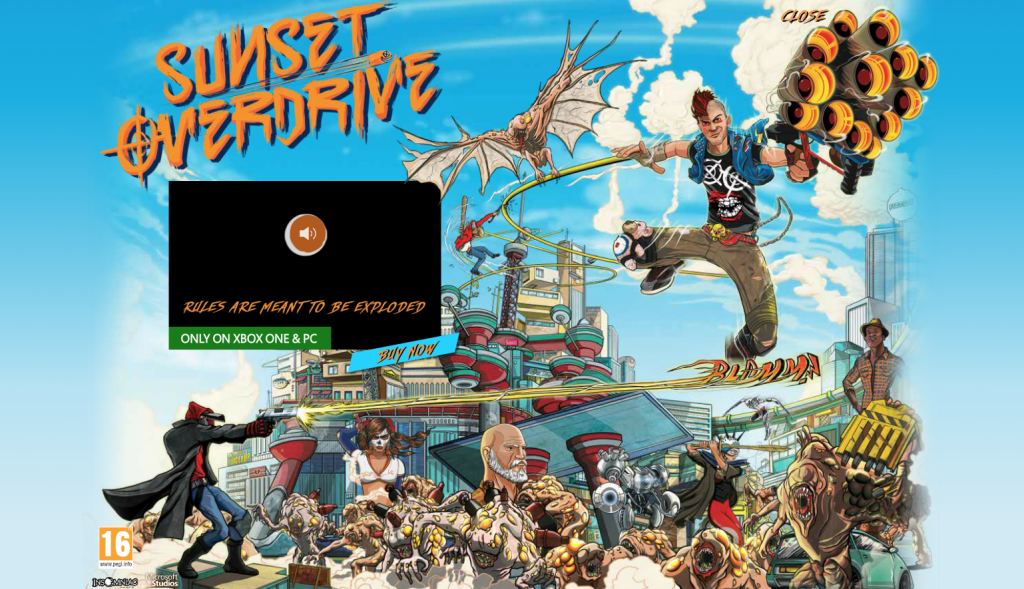 A current set of web adverts for Insomniac’s Sunset Overdrive raised some eyebrows in the PC community earlier today, as they listed the game for release on “Xbox One & PC”. NeoGaf user Lucifon noticed them running on the site of his local paper, the Hull Daily Mail, and a direct link to the advert can be found here (assuming it’s still up.)

With titles like Dead Rising 3 and Ryse: Son of Rome already making the transition from Xbox One “exclusive” to PC, it didn’t exactly seem out of the question that Sunset Overdrive could join them.

According to Microsoft’s Mike Ybarra, though, this is all just a misunderstanding. Ybarra is an employee of the Xbox Platform & Windows Gaming Development Team, and had this to say on the matter through twitter:

On the Sunset Xbox/PC ad: Not true, this was a simple mistake and the team is aware/addressing. Sorry for any confusion! #XboxOne

That pretty much looks like a denial, but you could potentially read between the lines here and interpret the statement as “printing that there’s going to be a PC version was a mistake, nobody is supposed to know that yet.” It’s a stretch, I grant you, but it was also denied that Dead Rising 3 and Ryse were ever coming to PC. Right up until the point where they did.