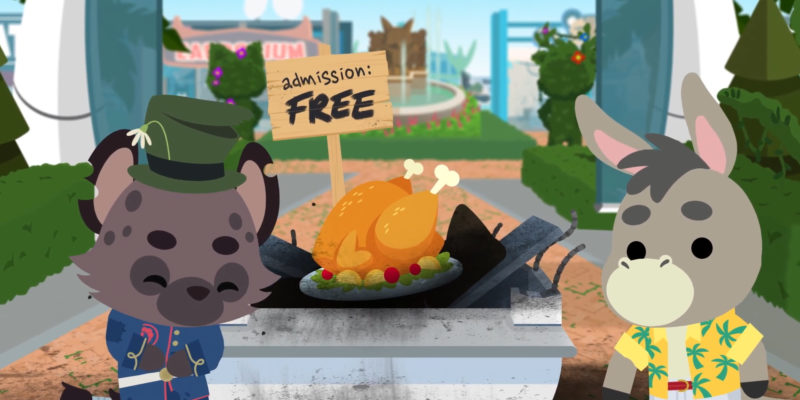 Independent publisher Modus Games has just teamed up with developer Pixile Studios to bring Super Animal Royale to all Steam players for free. Before the partnership, the brutal safari battle royale had been enjoyed by over 500,000 players in Steam Early Access. Going free-to-play is only going to do good things for Super Animal Royale player numbers.

Super Animal Royale was technically free-to-play before this latest update. However, players who didn’t purchase the game had very limited access to features. For instance, you could only play solo. Now, all players can earn cosmetics by slaughtering cute creatures. You can also participate in events and blast your way into the new 32 vs. 32 game mode.

Check out the hilarious and, of course, brutal trailer for the Super Animal Royale free-to-play announcement. It gives an excellent feel for the game’s humor and style. It’s a bit reminiscent of the gory cartoon Happy Tree Friends.

In the press release, Shane Bierwith, Executive Vice President of global marketing at Modus Games, also revealed that the move to free-to-play is just one of many exciting new things coming to Super Animal Royale.

Currently, there are over 300 animal breeds to choose from in-game. Plus, you can further customize your persona with over 600 cosmetic items. However, the co-founder of Pixile Studios, Michael Silverwood, says that the partnership with Modus Games has allowed the developer to scale up its ambitions. So, expect a lot more cosmetic flair over the horizon, as well as new weapons, gear, vehicles, and more.

Silverwood also said, “We’re excited to reach more players and introduce them to the great community that’s grown around the game!”

If you’d like to get a free ticket to the wildest battle royale, you can head over to Steam to download Super Animal Royale. You can also check out the game’s official website for more information. Finally, there’s a hilarious mock esports show called Super Animal Royale Tonight you can watch to get into the right frame of mind. Season 2 has just been announced for November.