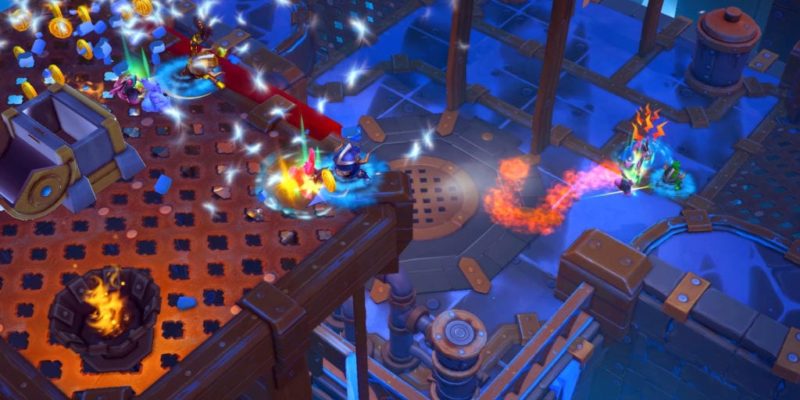 Wired Productions and React Games have settled on a release date for Super Dungeon Bros.

The co-op dungeon brawler will be coming to the PC on 1 November priced £14.99 / €19.99. The heavy metal heroes have been summoned on a quest by the Gods of Rock as they head into the fantasy realm of Rökheim. Designed for co-op on and offline for up to four players, there’s random room generation there’s plenty of level variety promised.

“Super Dungeon Bros is our first foray into console gaming and it’s been a huge labor of love for our studio,” said Brad Moss, President, React Games. “We’re really excited to be announcing the release date and very much look forward to seeing our game make it onto retail shelves worldwide. Wired Productions have been a fantastic partner throughout the entire process and, without their support, we wouldn’t have been able to make this happen; roll on November 1st!”

To celebrate the launch, a new trailer and shots have been released.