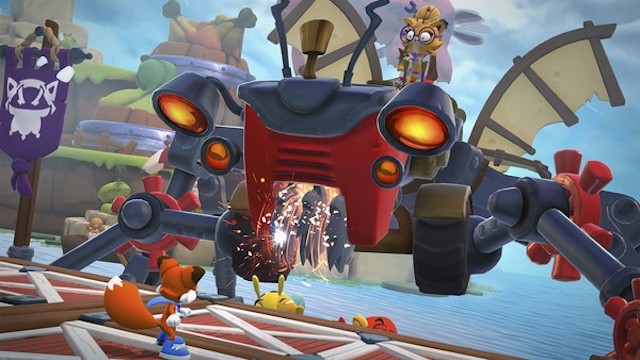 While the main hero of Super Lucky’s Tale is extremely happy, some of the staff members of the studio who developed it are feeling the blues today. In a blog post, the developers at Playful Studios revealed that they’re laying off a large portion of the team, focusing on a “more streamlined production model” moving forward.


Why did Playful Studios lay off its team members?

While the studio has done well with the games it’s released over the years (including the Windows PC version of Lucky), that doesn’t mean it’s been completely successful. Studio co-founders Paul Bettner and Katy Drake Bettner spoke about what needed to change in the post.

They mainly pointed out that “continued changes in the global video game marketplace” forced their decision. As a result, they needed to “significantly reduce our full-time staff,” though it didn’t provide a specific number. The duo did note their “truly heartbroken” feelings over parting with the team members. In addition, Playful Studios “will be working closely” to make sure it helps these employees out with the transition.

It appears this “streamlined” direction will revolve around spectator-based games. VentureBeat reported back in August that the company raised around $23 million to go towards that format. However, the Bettners didn’t have anything to announce regarding that during this particular time.

It is sad to see the employees go, and we hope they land on their feet at a new studio.

Super Lucky’s Tale saw lukewarm critical reception when it came out in 2017, but its recent debut on Nintendo Switch was better received. Star Child is apparently the next game in development at Playful Studios. In the meantime, Super Lucky’s Tale is currently available for purchase on Steam. If you need an idea of just what kind of joyful adventure the team set out to make, you can see its trailer below.