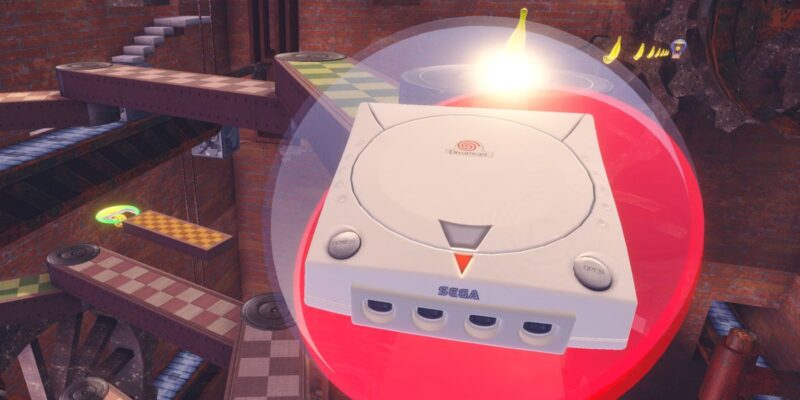 It definitely seems like Sega had a blast making extra content for Super Monkey Ball Banana Mania. The playable guest characters that Sega has unveiled for the game within the past few weeks have turned plenty of heads due to their sheer outlandishness. Last week, Sega revealed what many would likely consider the most bizarre guest characters yet in the form of Hello Kitty and and Suezo from the Monster Rancher series. But it looks like Sega has yet to cease dropping bizarre character trailers on its fans, as the company just posted a trailer showing that a Sega Game Gear, Sega Saturn, and Sega Dreamcast, collectively referred to as the “Sega Legends,” will all become playable in Super Monkey Ball Banana Mania.

The trailer for this trio of playable consoles showcases all of them staying completely stationary as the balls that encase them roll around on their own. Every other guest character trailer has shown their respective characters collecting items other than the standard bananas, but it looks like the Sega Legends do not follow this rule, as the trailer depicted them gathering bananas like normal.

Has this happened before?

This does not mark the first time that Sega has allowed players to take control of its hardware in one of its games. In Sonic & All-Stars Racing Transformed, players could unlock a character named AGES, which was essentially a Dreamcast Visual Memory unit that could turn into the Hornet car from Daytona USA, the F-14 Tomcat fighter jet from After Burner, and a Dreamcast controller depending on the track.

The addition of the Sega Legends into Super Monkey Ball Banana Mania will certainly make old-school Sega fans smile, but much like Morgana, Hello Kitty, and Suezo before them, they cost real-world money. Players can control them right away if they buy the Digital Deluxe Edition, but they can also purchase them separately for $4.99 USD. Not everyone will appreciate that considering that Sega could have just as easily included them for free, but for others, the novelty alone may be worth it.