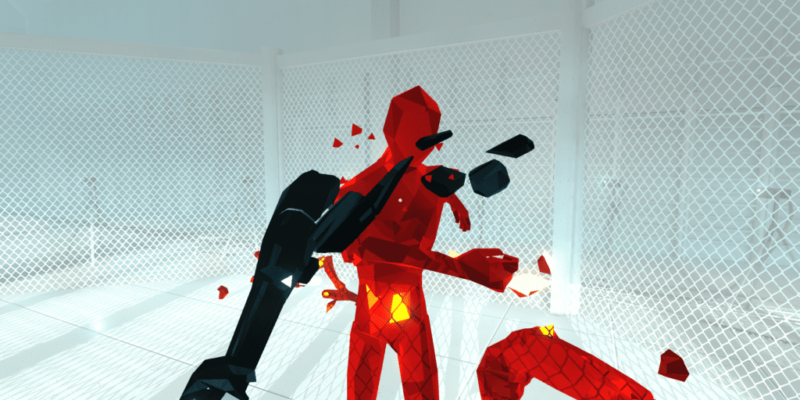 SUPERHOT could be the perfect game for VR and the development team is still busy working on it.

There is some news today that’s both good and also a little frustrating. First of all, the VR version of SUPERHOT will be free for all SUPERHOT owners and there will be free DLC which will add new levels and game mechanics.

There is bad news for Vive owners. The game will be coming to the Oculus Rift later this year and there is no mention of a Vive release at all. The development team has been “working super close with the guys at Oculus”, which is great, but it’s not good for the future of VR. Their update reads:

“We’re now working super close with the guys at Oculus to release SUPERHOT VR later this year. We’re really trying to capitalize on all of the new design possibilities that Virtual Reality is giving us.

“The level of game immersion that you get from playing SUPERHOT in VR is simply crazy. We try to add as much as we can to that from us. Recently, we played around with holophonics type of sounds in SUPERHOT. Thanks to that you will be able to for example “locate” a passing bullet just by the noise it creates.”

Once again money is talking when it comes to VR and Oculus has scooped this one. If these “exclusives” continue VR will be dead very quickly. Some blame has to be placed on Oculus, but the developers are not helping by signing these deals. Things need to change because there’s a serious lack of good games for VR.